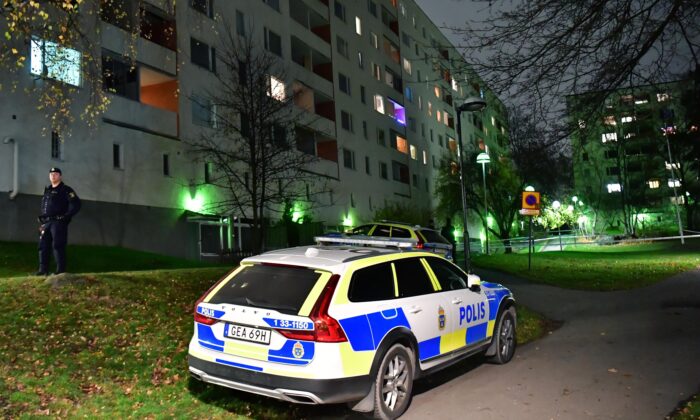 Police outside an apartment block after an incident in Hasselby, northwest Stockholm, Sweden, on Nov. 14, 2021. (Jonas Ekstromer/TT News Agency via AP)
Europe

COPENHAGEN, Denmark—Swedish police said Monday they have arrested two adults on suspicion of murder after two children fell “from a great height” and one of them died.

Those arrested are a man and a woman, police said.

The children, who reportedly were siblings and both under the age of 10, were rushed to a hospital but one of them died. The other child has life-threatening injuries, police said.

The Expressen tabloid said the children’s father had stabbed the children before throwing them out of the window of their apartment in western Stockholm late Sunday. A passerby found the children and alerted the police.