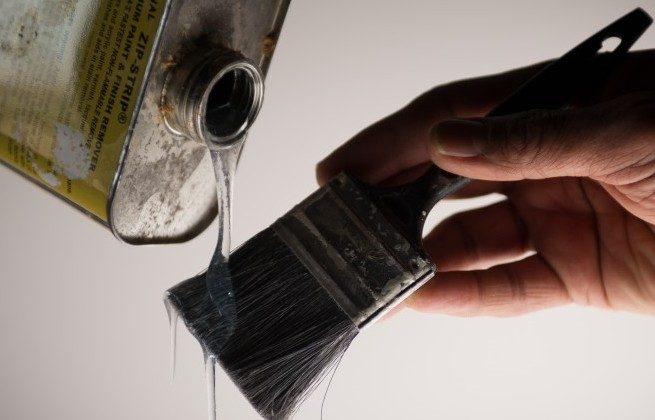 Workers and consumers who refinish bathtubs are being warned about using products with the chemicals containing methylene chloride. (G.L. Kohuth)
US

Be careful with that next bathroom remodel; experts warn the job could be deadly. Researchers reported several fatalities from exposure to chemicals used in bathtub refinishing, and are alerting the public to the dangers.

A recent report from the U.S. Centers of Disease Control and Prevention (CDC) says the deaths of at least 13 people have been linked to a highly volatile toxic solvent—methylene chloride. The chemical is used in industrial settings, but is also found in many over-the-counter products sold at home improvement stores, and over the Internet.

An investigation into the chemically connected fatalities began last year, when researchers at Michigan State University (MSU) started looking into the 2010 death of a bathtub refinisher who was using a paint-stripping product marketed for aircraft maintenance.

As they dug deeper, MSU researchers identified another two similar deaths in Michigan and notified federal authorities. When the Occupational Safety and Health Administration (OSHA) entered the investigation, they discovered another 10 bathtub refinisher fatalities across the country associated with several methylene chloride stripping agents over the last decade.

Investigators say that there may be many more deaths connected with methylene chloride, as national databases do not include self-employed workers or do-it-yourselfers. They suggest that these overlooked cases might have been attributed to heart disease when they were actually caused by methylene chloride exposure.

Like many solvents, methylene chloride acts as a central nervous system depressant causing narcosis at high concentrations. Investigators say all the bathtub refinishers mentioned in their report likely lost consciousness and died from respiratory depression.

While methylene chloride has previously been identified as a potentially fatal hazard for furniture strippers and factory workers. Researchers say the chemical is particularly hazardous to bathtub refinishers because of the tight confines in which the products are used. Since methylene chloride vapors are heavier than air, they are likely to remain in tubs long after they’re applied, causing increased danger to those working in close proximity to the chemical.

According Kenneth Rosenman, chief of MSU’s Division of Occupational and Environmental Medicine, and co-author of the CDC report, each death they found occurred in a residential bathroom with poor ventilation. Investigators said that protective equipment, including a respirator, “either was not used or was inadequate to protect against methylene chloride vapor.”

“In a small bathroom, it is unlikely these products can be used safely,” Rosenman said in a statement.

Especially tempting for an inexperienced do-it-yourselfer, these heavy-duty paint strippers appear to be the perfect tool for the job. They cause bathtub coating to pucker, allowing it to be easily scraped away so that a new finish can be applied. It’s more effective than other solvents, and it has no state or federal use restrictions.

The products are also easy to obtain. Investigators found 42 stripping products containing high concentrations (60 to 100 percent) of methylene chloride, most of which were found readily available over the Internet or local hardware stores.

The CDC is urging manufacturers to issue warnings on methylene chloride-based products so that consumers know they should not be used in bathtub refinishing, and other jobs in small spaces with little ventilation. The report also recommends manufacturers consider restricting access to such products.

“The extreme hazards of using products with this chemical in bathtub refinishing need to be clearly communicated to employers, workers and the general public,” Rosenman said. “Safer methods using alternative products should be recommended.”