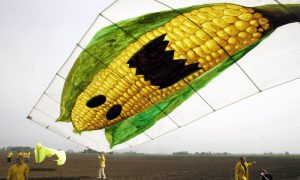 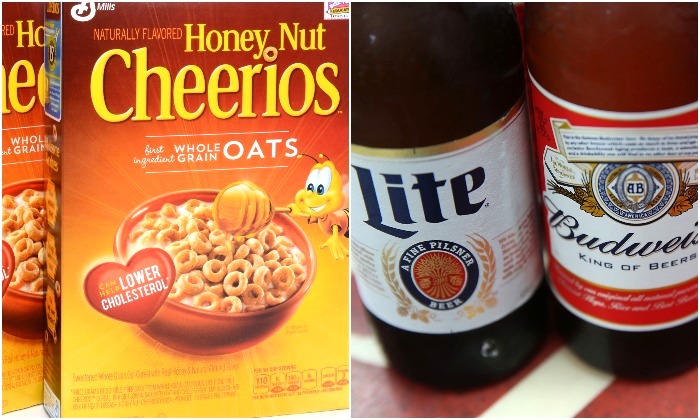 Cereals, Beers and Other Food Contain Weed Killer Chemical – What Does It Do to Your Body?

Growing research show that glyphosate, one of the most widely used weed killers in the world, can cause cancer. This week a federal jury in San Francisco ruled that agrochemical company Monsanto’s glyphosate-based weed killer product, Roundup, was a “substantial factor” in causing a California man’s cancer. It’s the second such ruling, and more than 11,000 similar cases against Monsanto are also before the courts.

The form of cancer caused by glyphosate is called non-Hodgkin’s lymphoma, a cancer that affects the immune system. Many studies, including one recent U.S. study reported by CNN, have linked glyphosate exposure to the disease.

In 2015, the World Health Organization’s International Agency for Research on Cancer found glyphosate to be a “probable” cause of cancer in humans. In 2017, California’s state environmental protection agency also declared it as a human carcinogen.

Weed Killer in Our Food

Most people’s exposure to glyphosate is through food, and the concern of the chemical’s impact on health has been growing since more and more food is found to contain unsafe levels of glyphosate.

In late February, the U.S. Public Interest Research Group (U.S. PIRG) found that 19 out of 20 top beer and wine brands like Budweiser, Coors, Corona, and Miller contain glyphosate. While the glyphosate levels are below the EPA’s risk tolerances for beverages, at least one previous scientific study found that as little as one part per billion (ppb) of glyphosate can stimulate the growth of breast cancer cells and disrupt the endocrine system.

“If General Mills and Quaker refuse to remove glyphosate from these children’s cereals, then the companies should at least let parents know how much of this toxic weed killer they may be feeding their kids,” said EWG President Ken Cook in their press release about the test results. “When there is more weed killer linked to cancer than essential vitamins in kids’ cereal, parents and all consumers have the right to know.”

“Monsanto may not care about its reputation among parents, but food companies that market products to children should,” said Just Label It Chairman Gary Hirshberg said in the same press release. “The fact that these cereal makers could easily remove glyphosate from their products but have so far refused to do so should raise alarm bells with consumers and shareholders.”

You can go here for the complete results of EWG’s 2018 Glyphosate tests in oat cereals and snacks.

This isn’t all—there’s more. Independently-run tests from companies like GMO Free USA, found a variety of popular potato chip brands (mostly owned by Frito-Lay) that also tested positive for glyphosate. Here are some results of the glyphosate residues found in chip brands:

A study published in the Journal of the American Medical Association shows that our exposure to glyphosate through dietary intake has increased and the levels of glyphosate in bodies of people in some areas have jumped over 1,300% in the past 20 years.

A 2017 study confirmed that prolonged consumption of food contaminated with glyphosate, even at minimal doses, can cause significant damage to the human liver and ultimately lead to conditions like non-alcoholic steatosis and necrosis of the liver.

Why Is Glyphosate in Our Food?

According to the U.S. Geological Survey, more than 250 million pounds of glyphosate is sprayed on American crops each year. Glyphosate is primarily used on genetically modified (GMO) corn and soybeans that are made resistant to the herbicide.

Additionally, glyphosate is sprayed on other non-GMO crops, like wheat, oats, barley, and beans, right before harvest. This practice is called “burning down” the crops to speed up ripening time so that they can be harvested sooner.

How to Avoid Glyphosate in Food

Glyphosate contamination cannot be removed by washing (it is absorbed into the plant) and it also cannot be broken down by cooking. Here are 4 ways to minimize glyphosate in food:

Look for the Non-GMO Project Verified symbol. However, just because something is Non-GMO verified doesn’t mean that it is free from glyphosate. Glyphosate is an herbicide that is sprayed on everything from wheat and oats to oranges and carrots. The best way to ensure your food are non-GMO and glyphosate-free is to look for organic products with this Non-GMO verified label.

The Detox Project, a research and certification platform, has launched the “Glyphosate Residue Free” label, which offers more transparency about the food that do not have glyphosate. While this label is not mainstream yet, the Detox Project is working with food manufacturers and grocery chains to get this label on more products.

4. Grow Your Own or Buy From Farmers Markets

If you can grow your own food, this is the best way to ensure your food is grown glyphosate-free (or buy from farmers you trust at farmers markets). Another benefit is the produce will be fresher because you can pick the produce directly in your garden and cook it right away.