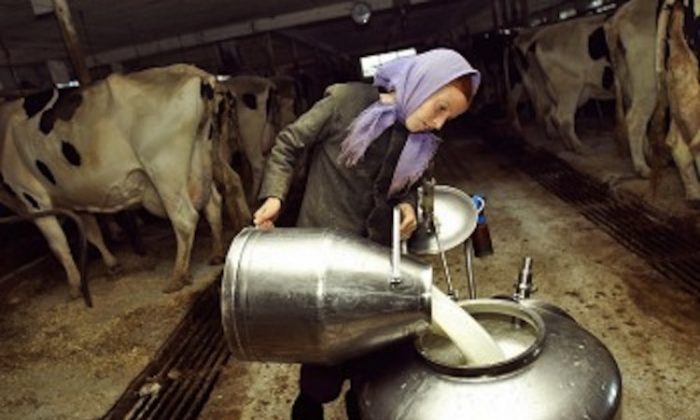 An Amish girl pours raw milk after a milking. Raw milk has been found to be especially healthful. Chris Hondros/Getty Images
Fitness & Nutrition

The Centers for Disease Control and Prevention said on Feb. 21 that most dairy-related disease outbreaks are linked to raw (unpasteurized) milk.

The CDC, after releasing a 13-year review (1993—2006) on the issue, said that raw milk causes 150 times more instances of dairy-related disease than the pasteurized variety.

“Restricting the sale of raw milk products is likely to reduce the number of outbreaks and can help keep people healthier. The states that allow sale of raw milk will probably continue to see outbreaks in the future,” Robert Tauxe, the head of the CDC’s food borne, waterborne and environmental diseases, said in a news release.

The CDC’s handling of statistics has been questioned.

The following are excerpts from a Weston A. Price Foundation press release on March 12, 2007.

“The FDA and CDC provided no facts to back up claims of widespread illness from raw milk in a recent press release, ‘FDA and CDC Remind Consumers of the Dangers of Drinking Raw Milk.’

“The joint FDA/CDC reminder claims that between 1998 and 2005, raw milk was implicated in 45 outbreaks, 1007 cases, 104 hospitalizations, and 2 deaths. Yet the reference cited, the CDC’s Morbidity and Mortality Weekly Report for the week of March 2, 2006 (MMWR for 03-02-07), provides no such information. Nor is any such information found in any other FDA or CDC document. Numerous requests to the FDA for clarification have not been answered.” …

“‘This is an excellent example of government bias against raw milk,’ says Sally Fallon, president of the Weston A. Price Foundation, a non-profit nutrition education foundation that promotes the consumption of clean raw milk from healthy, grass-fed cows. “FDA and CDC have provided not a single reference to support the claim of widespread illness from raw milk during the seven-year period.

“‘Reports of individuals becoming ill after drinking raw milk do exist, although none were cited in the recent CDC and FDA Reminder. But even these reports do not usually provide proof that raw milk caused illness. When someone who drinks raw milk becomes ill, these agencies immediately report an “association” with raw milk, ignoring other vectors of disease and subsequent tests showing the milk to be clean,’ reports Fallon. ‘FDA and CDC definitely have a double standard when it comes to raw milk.’

“Fallon cites the example of a May 1983 outbreak of illness from Campylobacter in Pennsylvania, reported to be ‘associated’ with raw milk in the CDC’s Morbidity and Mortality Weekly Report. Yet the report admits that cultures of the raw milk from the farm did not yield Campylobacter. Members of the farm family routinely drank raw milk and none reported illness.”

In light of the above, can the CDC-supplied statistics be trusted?