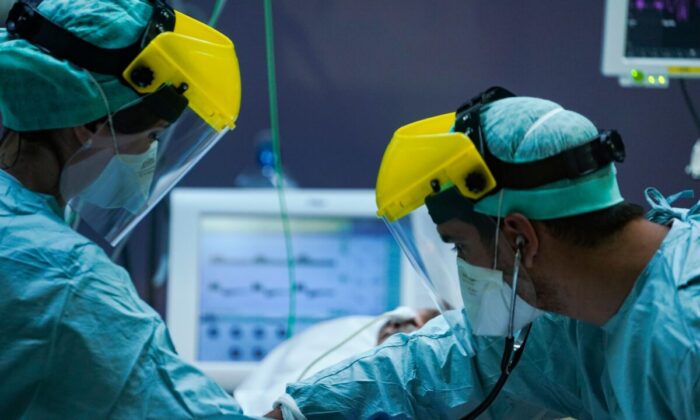 Monkeypox, a viral illness in the same family as smallpox, was been identified in about 15 countries, including the United States, according to the World Health Organization. The virus is considered endemic in several African countries and is rarely found outside of the continent.

The CDC, which issued the Level 2 travel health alert, said that cases have been reported in Australia, North America, and Europe.

“None of these people reported having recently been in central or west African countries where monkeypox usually occurs, including the Democratic Republic of the Congo and Nigeria, among others,” the CDC said in its health notice, adding that the “risk to the general public is low.”

The agency has recommended travelers avoid close contact with sick people, including those with skin lesions. They also said that people should avoid contact with live or dead animals, including rodents like squirrels, mice, rats, and primates such as monkeys or apes.

Officials are also warning people against eating or preparing wild game meat or using products that come from animals in Africa—including through powders, creams, and lotions.

And like with COVID-19, the CDC is recommending travelers wash their hands regularly and avoid touching their faces.

On Monday, several CDC officials said that the monkeypox virus doesn’t easily spread through the air, unlike COVID-19.

The virus, according to the officials, is primarily spread through sustained physical contact such as skin-to-skin contact with a person who has an active rash. Monkeypox can also spread via contaminated materials such as clothing or bedding.

While CDC officials noted that respiratory droplets can spread the virus, it doesn’t transmit as easily as COVID-19, caused by the CCP (Chinese Communist Party) virus.

“This is not COVID,” CDC official Jennifer McQuiston told CNBC this week. “Respiratory spread is not the predominant worry. It is contact and intimate contact in the current outbreak setting and population.”

McQuiston added that the monkeypox outbreak is “not a situation where if you’re passing someone in the grocery store, they’re going to be at risk for monkeypox.”

Earlier this week, WHO told reporters that the current monkeypox outbreak may be spreading via sexual contact. CDC and other health officials suggested that homosexual males may be the primary spreaders of the virus and said that more awareness needs to be raised about monkeypox ahead of LGBT events and parades.