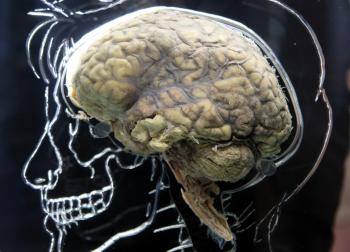 Carbs Are Bad News for the Brain

By Dr. John Briffa
Print
Alzheimer’s disease is characterized by the buildup in the brain of a protein known as beta-amyloid. Not surprisingly, beta-amyloid has been targeted by drug companies. Eli Lilly produced the drug Semagacestat, which did a nice job of retarding beta-amyloid synthesis.

However, in trials, Semagacestat accelerated decline in brain function in those who took it. I learned this fact when reading a review from the April edition of the European Journal of Internal Medicine titled “Nutrition and Alzheimer’s disease: The detrimental role of a high-carbohydrate diet.”

One of the major points made in the paper is this: Cholesterol and fat are really important to the brain. It points out that although the brain is only about 2 percent of body weight, it contains about a quarter of the total cholesterol in the body.

The authors point out several roles for cholesterol in the brain, including its function at the synapse—the gap where one cell can communicate with another. Communication here is via neurotransmitters, which are released by one nerve cell and float across the synaptic gap to exert the effect on the nerve adjacent to it.

The authors summarize the importance of cholesterol in the brain: Cholesterol is required everywhere in the brain as an antioxidant, an electrical insulator (in order to prevent ion leakage); as a structural scaffold for the neural network; and a functional component of all membranes.

Cholesterol is also utilized in the wrapping and synaptic delivery of the neurotransmitters. It also plays an important role in the formation and function of synapses in the brain.

It is also true that the brain actively uses LDL cholesterol. This suggests that cholesterol is desired in the brain and does something useful. Interestingly, a gene defect that leads to impaired cholesterol uptake by the brain is also associated with an enhanced risk of Alzheimer’s disease.

The authors of this review also point out that the fluid that circulates in and around the brain and spinal column (the cerebrospinal fluid) in individuals with Alzheimer’s disease is low in cholesterol and other fats compared to individuals without this disease. Also, those who have low cholesterol levels are found to be at increased risk of dementia.

The reviewers point out that carbohydrates raise blood sugar levels, and sugar, either in the form of glucose or fructose, can damage tissues through the formation of advanced glycation end products (AGEs). AGE damage can affect LDL cholesterol and impair its uptake into the brain.

The authors of the review note also that individuals with Type 2 diabetes (who tend to have raised blood sugar levels) have a 2- to 5-fold enhanced risk of Alzheimer’s disease. It’s been suggested that the fundamental problem here is impaired cholesterol availability by the brain.

What we’ve learned from this is:

• A high-carbohydrate diet is likely to stop our brains from getting enough cholesterol.

Now do we have any takers for a low-fat, low-cholesterol, high-carbohydrate diet?

Dr. John Briffa is a London-based physician and author with an interest in nutrition and natural medicine. His website is DrBriffa.com