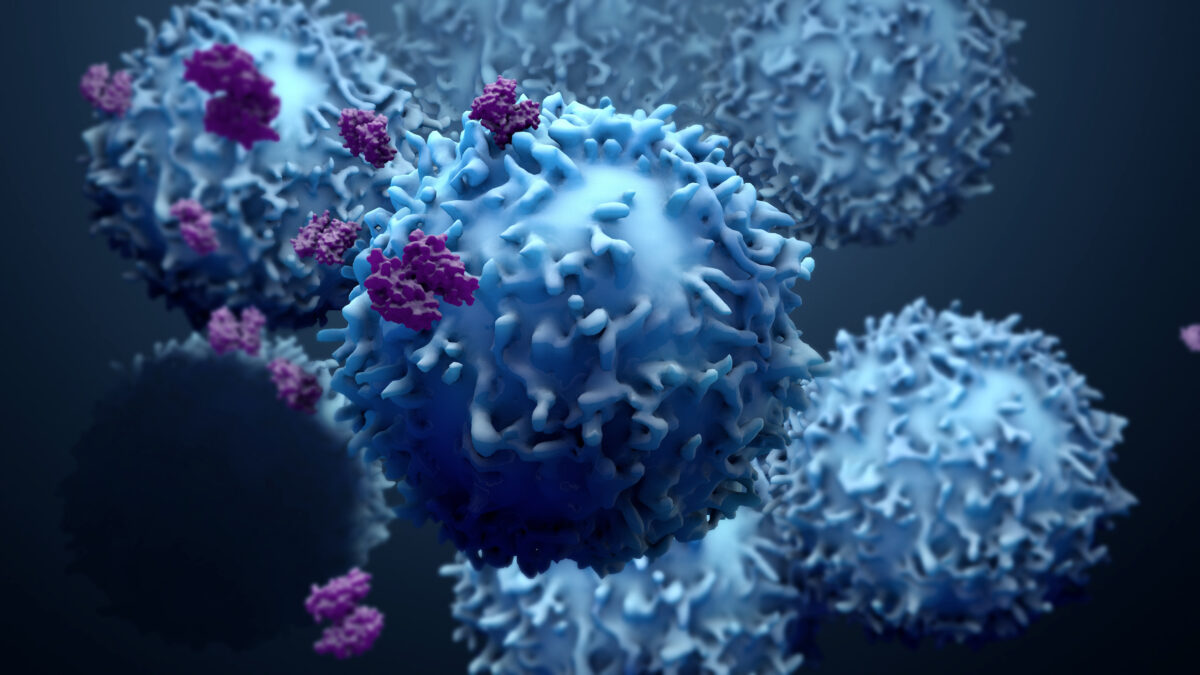 Cancer Patient With Tumors as Big as Oranges Recovers in 10 Days—Did He Misunderstand?

An optimistic state of mind is beneficial to health, while a pessimistic one is harmful. Modern medicine has recognized the so-called placebo effect. However, you may not know that human thoughts, emotions, and beliefs not only change the physical body, but also to the extent that they can possibly reverse cancer.

Below are several real-life cancer cases.

A Patient’s Terminal Cancer Disappeared Rapidly Due to a Misunderstanding

In a 1957 paper titled “Psychological Variables in Human Cancer” published in the Journal of Projective Techniques, Bruno Klopfer, a well-known psychologist, recorded a bizarre medical case with a twist.

Mr. Wright was a terminal lymphoma patient with tumors as large as oranges in his neck, chest, armpits, abdomen, and groin, and he also suffered from a swollen and enlarged spleen and liver, as well as severe anemia. His doctor, Philip West, thought that he was dying and would not give him any more treatment. However, Wright still wanted to live, and while he was in the hospital, he learned that the hospital was testing a new anti-cancer drug called Krebiozen, which gave him hope.

Wright begged Dr. West to inject him with the new drug, but the latter tried to discourage him, saying that Krebiozen was not suitable for him and that it was against the rules. Nevertheless, Wright kept begging and pleading, and Dr. West finally agreed to let him try it. Three days after the new drug was injected, when Dr. West returned to the hospital after the weekend, he was amazed to see Wright, who had been bedridden and constantly wearing an oxygen mask, now walking around the room and laughing with the nurses!

However, other patients in the hospital, who were also undergoing the Krebiozen trial, showed no improvement, and some even got worse. Doctors examined Wright’s lesions and found that his tumors had shrunk by half in just a few days! Dr. West described the tumors melting “as snowballs on a hot stove.” The people in the hospital couldn’t believe it, but they couldn’t deny what they saw. That week, Dr. West followed the Krebiozen course of treatment and gave him two more injections.

Ten days later, all of Wright’s symptoms were gone, and he was discharged from the hospital.

A few weeks later, he was still very healthy. About two months later, Wright suddenly saw a steady stream of news reports that Krebiozen had been tested and was not effective against cancer. His tumors quickly recurred, returning to their previous severity, and he was hospitalized again in a very depressed and sad state.

Knowing Wright’s optimistic nature, Dr. West thought that since there was no way to help him anyway, he might as well use him for a harmless experiment. So he made a daring attempt that no modern doctor would dare to make, by telling Wright to not believe the newspapers, as Krebiozen was the most promising anti-cancer drug.

Wright asked about his cancer’s recurrence. Dr. West blamed it on the reduction in drug effectiveness due to the lapse of time. And he then said that there was a newly improved version of Krebiozen, which was twice as effective, and the hospital would soon receive it. Wright was overjoyed to hear this piece of news, and his hope returned.

Dr. West deliberately made him wait a few days to raise his expectations. Several days later, Dr. West pretended to give him a “double-strength dose” (which was actually a placebo solution with no effect). The results of this “treatment” turned out to be even more dramatic than the first, and Wright’s tumors disappeared again! And the fluid in his chest cavity also disappeared. He was discharged from the hospital for a second time and went home in perfect health, which lasted for another two months.

One day, Wright read an article that the American Medical Association (AMA) had officially announced that Krebiozen had been confirmed to be ineffective in fighting cancer after extensive clinical trials. Afterwards, Wright’s tumor recurred, and he was hospitalized again a few days later, passing away in less than two days.

Faith Made Her Live Past Her ‘2 Week Lifespan’

Rose had acute myelogenous leukemia and was told by several doctors that she might not live for more than two weeks. She immediately received intensive hospital care and began chemotherapy. Rose later said that when the doctors told her that she had only two weeks to live, she saw a golden white light shining in the room and immediately knew that she wasn’t going to die.

During her treatment, Rose wrote the word “pure love” on the label of every injection vial, including the chemotherapy vials. Her condition gradually improved, and she experienced no side effects from chemotherapy. Rose went on to live.

This case was originally published in American energy healer Barbara Brennan’s book, “Hands of Light: A Guide to Healing Through the Human Energy Field.”

In his books “Peace Is the Way” and “Creating Health: How to Wake Up the Body’s Intelligence,” Deepak Chopra, an American authority on mind-body medicine, cites two sobering cases, both of which were patients of his.

Chopra points out that cases like this show that cancer only expands rapidly and leads to death after the patient is alerted to its danger. It’s almost as if the patient died of the diagnosis, not the disease.

Chopra calls this the “anti-placebo effect.” The problem lies with the patients’ thought: “I have cancer, and I’m going to die.” The patients’ psycho-physical mechanism transforms that thought into a series of pathological changes. And as a result, their diseases began to deteriorate rapidly.

Intentions are Closely Linked to DNA

Why can the human mind affect the physical body so quickly and dramatically? In fact, scientists have long discovered that human thoughts are reflected not only in the larger biochemical system, but also directly in the microscopic DNA, and that this connection is completely independent of time and space.

The following two experiments may give us some insights.

New York Times bestselling author and engineer Gregg Braden, who is dedicated to combining spirituality and science, mentions in his book “The Divine Matrix” a scientific experiment in the US Army. The experiment was designed by polygraph inventor Cleve Backster and published in the 1993 issue of Advances.

The researchers collected biopsies from the subjects and placed DNA samples of the tissues in a chamber designed to measure the electrical changes in the DNA. At the same time, the subjects stayed in another room in the same building and watched a series of “emotionally stimulating” videos.

The researchers monitored both a subject’s emotional responses and the electrical changes in his/her DNA, and the results showed that when the subject experienced an emotional high or low, there was an immediate and intense electrical response in his or her DNA.

The researchers wanted to find out if this connectivity between the subjects and their DNA was affected by distance. Therefore, they separated the subjects from their DNA by 350 miles and repeated the experiment. And the changes still occurred simultaneously!

Braden believes that living cells communicate with one another through an unknown form of energy, which is not affected by time or distance. This is not a localized form of energy, as it is omnipresent all the time. Another possible explanation is that human consciousness exists in every cell of the human body, in other words, consciousness and the physical body are two sides of the same coin.

This experiment proves that changes of human emotions will be instantly reflected in one’s DNA. And the following experiment also found that the human mind can change the DNA of others.

This intriguing experiment, published in 2003 by the HeartMath Institute in California, showed that people can use their minds to change the molecular shape of other people’s DNA, tightening or loosening its long strands.

HeartMath Institute has developed a technique (which involves calming the mind, moving awareness to the heart area, and focusing on positive emotions) that can be used to increase “heart coherence” and bring the body’s physiology into a highly ordered harmonious state (a state of health).

The research team placed human placental DNA in sealed test tubes, placed the test tubes in beakers, and then distributed 28 beakers to 28 subjects. Among them, 10 had received prior training in the heart coherence technique, while the other 18 were untrained.

During the experiment, the subjects held the beakers in their hands (without touching the test tubes containing DNA samples), focused their consciousness on their heart areas, and generated feelings of love and gratitude from within, then they followed instructions to “tighten” or “loosen” the long strands of DNA. At the same time, the researchers measured the shape changes of the DNA strands with an ultraviolet absorption spectrometer and observed the emotional and physiological state of the subjects with an electrocardiograph.

An untrained subject entered the laboratory in a disturbed and depressed state. His heartbeat was irregular, and with a lot of negative emotions, he was unable to concentrate to generate any positive emotion. Nevertheless, he still agreed to be tested, and the results were very unusual. Although he had difficulty concentrating his thoughts, his DNA sample changed shape, and there was an unusual shift in the spectrum curve. The researchers said that this was an extremely rare effect and that the physical and chemical structures of the DNA molecules might have been changed.

In this experiment, did the “tightening” or “loosening” of the long DNA strands have any significance?

The researchers said that it was a relevant process in the operation of living organisms, involving DNA replication, repair, and transcription, which are important cellular functions.

Therefore, this experiment suggests that when a person is highly concentrated on maintaining positive emotions, his or her mind can influence cellular-level operations through a type of unknown “energetic interactions.” The researchers suggest that heart coherence appears to be necessary for this energy field to work, and that it may be a key to understanding some unexplained phenomena, such as the placebo effect, the spontaneous remission of cancer, and the healing power of prayer or faith.

The Path to Self-Healing

Modern science has come to understand the power, or energy, of the human spirit. If the human mind and body are truly connected in such an important way, how can we adjust our inner world to help ourselves through a major illness such as cancer?

According to Bernie Siegel, an American physician and author who specializes in psychotherapy for cancer and chronic diseases, the body’s immune system is powerful enough to overcome cancer when left undisturbed, and the immune system can be strengthened by increasing self-identification and mindfulness in action.

Siegel points out that people who are miraculously cured of their diseases don’t just have the idea that they “don’t want to die,” but they also have the determination to “do something.” They decide to make their lives worth living, or to find the meaning of their lives before they die. When they start moving toward this goal, good things happen.