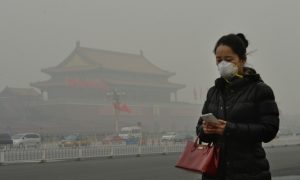 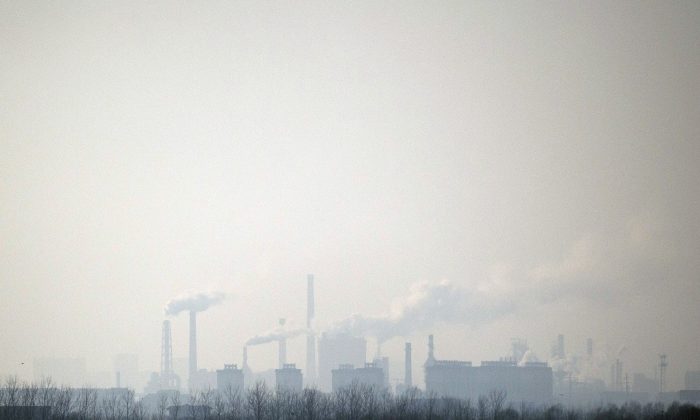 Smoke rises in the air from a chemical factory near Hengshui in northern China's Hebei Province, on Dec. 22, 2014. Many men have died from cancer in a village in southern China surrounded by dozens of factories emitting high levels of pollutants. (Fred Dufour/AFP/Getty Images)
China

A community in south-central China’s Hunan Province has become known as the “widow village,” because of the large number of men who have died there from cancer. Locals say the heavy pollution they endure is the cause.

The Qingxia community is located in a suburb of Zhuzhou City, an old industrial area with dozens of factories—such as smelters, chemical plants, coal preparation plants, and power plants. Dozens of factory chimneys emit heavy pollutants that often cover the village with smog.

Over 1500 people are currently living in Qingxia, and over 10 percent of them have been diagnosed with various kinds of cancer, far surpassing the national incidence of one percent, according to the Shanghai-based, Chinese news website, The Paper.

Over 200 families live in the Qingxia Community, and over 60 percent of the families have someone with cancer, the report says.

The majority of the cancer patients are men. A local newspaper, the Xiaoxiang Morning Post, dubbed the community “widow village” in a report published in 2004. That report said that 20 male local residents had died within three years, which attracted public attention.

More than ten years have passed since that report, yet the rate of cancer has increased, with younger people getting afflicted. The youngest resident who passed away from cancer in recent years was only 32 year-old, The Paper reported.

Over 10 percent of the 1500 people living in Qingxia have cancer.

The report showed incomplete statistics, listing names of 18 widows currently living in the village whose husbands died from cancer. Another 15 men who didn’t have wives also died from cancer in recent years.

The ages of the men range from 32 to 74, with the majority them in their 40’s and 50’s. Most of them died from lung cancer, and some died from liver cancer, pancreatic cancer, colorectal cancer, or brain cancer.

Local residents blame pollution for the high rate of cancer. Doctor Li Jie at the Zhuzhou City Cancer Hospital told The Paper that high amount of heavy metal dust and soot content in the air is a major element that triggers lung cancer.

Not only has cancer been rampant in Qingxia, but also excessive lead has become common in young children. Over 300 children in tQingxia have been diagnosed with excessive lead in the blood, the report says.

State worker Li Xia told The Paper that her child at birth had 130 percent of the lead level considered excessive. By taking medicine for a long time, the rate only decreased by about 10 percent.

Local residents have protested for over 10 years, appealing to state officials to move the factories or to give them compensation so that they can move out. They have yet to receive support.