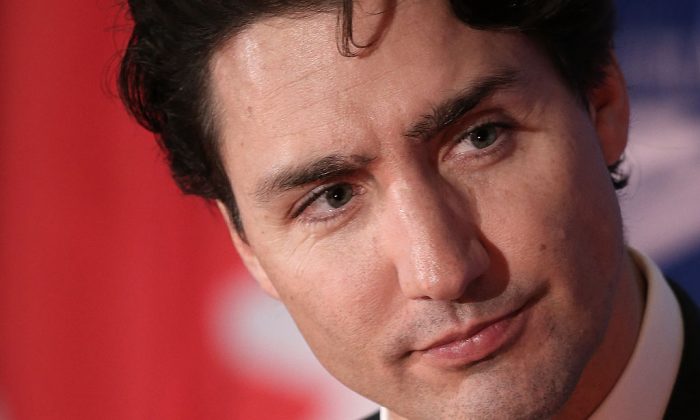 TORONTO—Canadian Prime Minister Justin Trudeau will not be attending the funeral of Fidel Castro amid an uproar over his comments over the weekend praising the late Cuban leader.

Andree-Lyne Halle, a spokeswoman for Trudeau, confirmed Monday that the prime minister will not attend Castro’s funeral “as his schedule does not permit it.” She added that she could not confirm yet whether another Canadian government representative would attend the funeral scheduled to be held Sunday in Santiago, Cuba’s second largest city.

Trudeau issued a statement Saturday that called Castro “a controversial figure,” but also praised him as “a legendary revolutionary and orator” and “a remarkable leader.”

Conservative politicians had called on Trudeau to decline any invitation to Castro’s funeral.

In Parliament, Conservative lawmaker Peter Kent on Monday called Trudeau “a naive prime minister” who should not have paid tribute to a dictator like Castro.

In his statement, Trudeau noted that his father, former Prime Minister Pierre Trudeau, was very proud to call the Cuban leader a friend.

Castro was an honorary pallbearer at the funeral of Trudeau’s father in Montreal in 2000. Justin Trudeau noted in his statement that he had met Castro at his father’s funeral. Justin Trudeau also noted that during his visit to Cuba earlier this month he was honored to meet Castro’s three sons and his brother President Raul Castro.

In 1976, Pierre Trudeau became the first leader of a NATO country to visit communist Cuba. A shirt-sleeved Trudeau outraged many Americans when he shouted during an outdoor rally, “Viva Cuba, Viva Fidel Castro.”

Canada’s close ties to Cuba have long annoyed previous U.S. administrations and infuriated anti-Castro Cuban exiles in Florida. Canada is one of Cuba’s largest trading partners and Cuba is a popular vacation destination for Canadians.

Governor General David Johnston, Queen Elizabeth’s II representative as Canada’s head of state, will attend a commemoration for Castro in Havana on Tuesday, but not Sunday’s funeral, his spokeswoman Julie Rocheleau said.