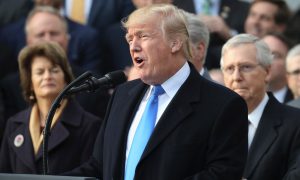 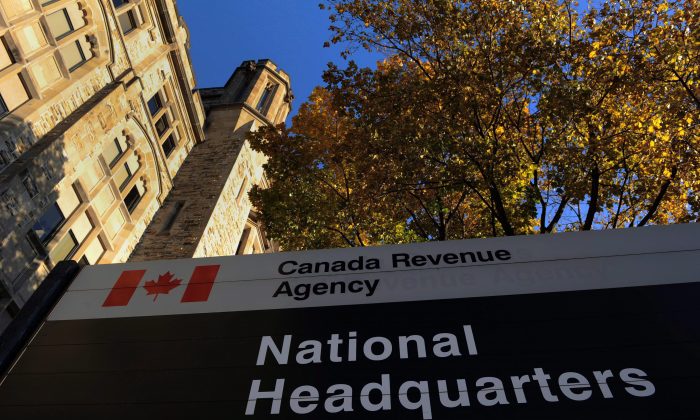 The Canada Revenue Agency headquarters in Ottawa. Tax experts reiterate that the tax code is too complex and needs to be reformed. (The Canadian Press/Sean Kilpatrick)
Economies

Tax reform in Canada is badly needed and it can’t keep getting put off.

On the corporate side, Canadian businesses’ lack of competitiveness relative to the United States has been a thorn in the side of the economy. A closely entwined issue is the personal income side due to the highly progressive nature of the tax system—five tax brackets—which reaches a top rate of 53.5 percent.

That’s seventh-highest among OECD countries. Worse still, it hits at a lower level of income relative to the average wage, according to Jack Mintz, president’s fellow at the University of Calgary School of Public Policy.

With the various carve-outs and credits, this results in all kinds of inefficiencies given the massive redistribution of income. The wealthy—who work hard, take risks, build businesses, and create jobs—can mitigate high taxes, which results in economic capacity going unused. The poor aren’t helped either, as they are net recipients of money from the government—transfers received are more than taxes paid—and thus aren’t incentivized to work.

“High taxation is the forcible nationalization of private assets for redistribution on a large scale. At the same, it is a hidden path to gradually phasing out the system of private ownership,” according to “How the Spectre of Communism Is Ruling Our World,” a special series run by The Epoch Times.

Canada is shooting itself in the foot with high taxation and excessive government spending.

A study just released by the Fraser Institute, an independent public policy think tank, showed that the Liberal government has now recorded two years with the highest levels of per-person government spending outside of wars or recessions.

In another recent study, the Fraser Institute identified Canada’s tax structure as one that dampens innovation. Government subsidy and tax credit programs—the top-down approach—are not as effective as lower income and capital gains taxes that increase incentives for innovators.

Up to the Neck in Taxes

Mintz, one of the country’s foremost tax policy experts, told The Epoch Times that there’s an ethical question to be asked. “Is it right to tax more than 50 percent of income?

“It’s a question we haven’t really had much discussion about in Canada about the ethics,” he said.

In the United States, the socialist Democratic member of Congress Alexandria Ocasio-Cortez, 29, said in an interview with 60 Minutes: “Once you get to the tippy-tops, on your 10 millionth dollar, sometimes you see tax rates as high as 60 or 70 percent. … As you climb up this ladder, you should be contributing more.”

“There’s something egregious about it on an ethical basis,” Mintz said.

“Part of it is just naive,” said Aaron Wudrick, federal director of the Canadian Taxpayers Federation, in an interview. “People are not going to simply carry on doing what they were doing before to simply pay more tax. That’s not what’s going to happen. They’re going to change their behaviour.”

“Something troubles them about the idea that more than half of what they earn gets taken away,” he added.

“I think it sends the right signal to people,” he said, adding that the implications of it are that the government will do better with the money it collects and will incentivize the public to work harder, earn more money, and keep more of it.

Wudrick says it’s about getting value for the tax paid. People won’t want to pay higher taxes if they don’t think their governments do a good job with the money taxpayers give them.

“Wars and recessions clearly affect government spending, but to see this high level of peacetime spending when the economy is also growing could spell trouble for Canadian taxpayers in the future,” said Jason Clemens, executive vice-president of the Fraser Institute, in a statement.

Before even thinking about raising taxes, politicians should examine whether the problem is not having enough revenue or if they are spending it in the best way possible, says Wudrick.

Wudrick is among many who advocate for a flatter tax structure. “Perhaps collapsing five tax brackets into three or two would be a good start,” he said. “And I think that would really incentivize a lot of wealth creation.”

The Fraser Institute has argued in the past that revenue lost from not having progressive marginal tax rates can be easily made up by eliminating tax exemptions and exceptions.

In addition, many tax experts favour a tax on expenditures—a consumption tax—arguing that they bring gains in productivity and labour income over the long haul.

“People will choose things because they want them economically not because of tax reasons,” Mintz said. “That’s why it’s good to have a tax system that tries to minimize special exemptions.”

This would also help in simplifying the tax code and filing returns, and additionally, exemptions and special credits can be hard to remove once put into place.

According to Statistics Canada and the Department of Finance, the top 1 percent of tax filers in Canada—earning $226K or more—paid 19.9 percent of total federal and provincial income tax collected in 2016.

Wudrick is not a fan of the “fair” term in relation to taxation.

“People who use this ‘fair’ tax are people who want higher tax,” he said. “It’s not popular to use the word higher so they say fair.”

Politically, it’s easy to tax the rich, which leads to the conundrum governments face between staying in power and helping the economy grow. The political will to embark on broad tax reform is low.

Wudrick says the government’s recent effort to reduce tax on small business was so politically painful that embarking on broad tax reform is off the table.

With deficits as far as the eye can see, it is hard to envision tax cuts unless government spending is significantly curtailed—but Wudrick points out the Liberals haven’t shown any proclivity to do that.

With the federal election coming this fall, not much can be expected on the tax reform front until it’s over. It’s never an easy thing to talk about at election time, since there will be winners and losers, Mintz said.