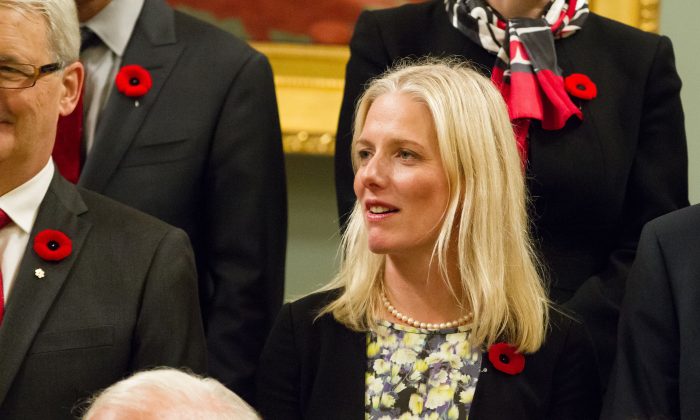 McKenna should ask questions her predecessors dared not

At first glance, it appears to be bad news that Canada’s new minister of Environment and Climate Change, rookie Ottawa Center Liberal MP Catherine McKenna, has no background in environment or climate change.

Lacking even the most basic science training, McKenna comes across as a novice, even less qualified for the job than previous Environment Minister Leona Aglukkaq. But there are advantages to starting fresh with a new minister who must learn her portfolio from scratch.

Because McKenna has yet to establish a well-known public position on the main issues of her new job, she will be granted an extended honeymoon period during which she will be forgiven for asking politically incorrect questions. As an experienced lawyer, McKenna knows the importance of considering all the facts of a case, not just those convenient to one side.

McKenna’s responsibilities include many areas of environmental protection, not just climate change. Therefore, she needs to carefully balance the file, not simply yield to the demands of aggressive climate campaigners. To accomplish this, she must seek guidance from experts both within and outside of the government. Here are some of the questions McKenna must ask them so as to be able to give good answers to the many Canadians who wonder if we are being taken for a ride on global warming.

The climate change issue is crucially important for McKenna to get right. If Russian solar physicists are correct and the sun is heading into a grand minimum about the middle of the century, the government of Canada must develop contingency plans for solar-induced cooling.

Fifty percent of Manitoba’s crops cannot be grown with a temperature drop of 0.5 degree Celsius overall, and much of Canadian agriculture is eliminated entirely by a 1 degree cooling. By contrast, if the U.N.’s forecasts of further warming come true, Canadian farmers can simply adopt agricultural practices used to the south of us.

To help her quickly get up to speed, McKenna should augment the advice she receives from EC by ordering open, unbiased climate science hearings, inviting testimony from reputable non-governmental experts from all sides of the debate. While in Paris at next month’s U.N. Climate Change Conference, she should also attend The Paris Climate Challenge counter-conference being held during the first three days of December. There, leading, independent climate experts will offer “alternative approaches to climate which fit the data,” something her government advisors will never expose her to.

If McKenna is to be more than a figurehead uncritically delivering climate pronouncements scripted by her department, she must make these moves soon. Otherwise, inundated with politically correct dogma from EC bureaucrats, she will assume “the science is settled” and that open hearings are unnecessary.

New Canadian Prime Minister Justin Trudeau promised a government more transparent and responsive to the public than that of Stephen Harper. The only way McKenna will be seen to operate in this fashion is if she opens the debate to all reputable points of view on the environment and climate change. We stand by to help the new minister make a fresh start.