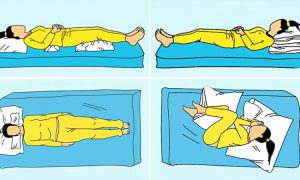 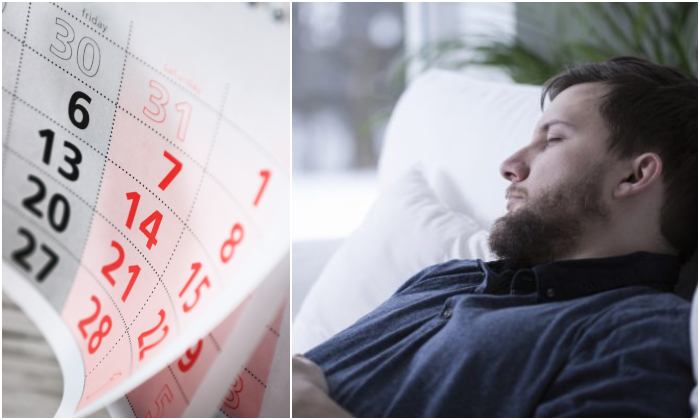 Can You Make up for Lost Sleep on Weekend? Here’s What the Science Says

Whether you find yourself staying up late to watch a late-night TV show, have a couple of more drinks with friends, or bring your undone work home, it’s easy to miss your bedtime. You may not even realize it, but even an hour or two of lost sleep every night quickly racks up over the course of a week. So, you decide to sleep in on Saturday and Sunday morning to catch up on sleep.

Unfortunately, scientists say no, you can’t make up for lost sleep by waking up later on weekends. According to a recent study conducted by researchers from the University of Michigan, catching up sleep on weekends actually does more harm than good to your overall health.

The study, published in Current Biology involved 36 healthy young men and women. Each participant was randomly assigned to one of three groups. The first group had nine hours’ sleep each night for nine consecutive nights; the second group only got five hours’ sleep for the same duration. The third group slept for five hours during the first five days and were allowed to sleep for however long they wanted in the following two days, and then went back to five hours for the last two days.

It turned out everyone who was sleep deprived snacked more in the evening throughout the entire period. They subsequently gained roughly three pounds in just two weeks. The adequate sleepers, on the other hand, didn’t experience any significant weight or diet habit changes.

The sleep-deprived group saw around a 13 percent drop in insulin sensitivity. The same drop happened to the group that was given a chance to catch up on sleep at the weekends as well. Even more depressingly, the weekend sleeper actually fared worse. The insulin sensitivity of their entire bodies, liver, and muscle worsened up to 27 percent once they were back to a 5-hour sleep schedule.

“This finding was not anticipated and further shows that weekend recovery sleep is not likely [to be] an effective sleep-loss countermeasure regarding metabolic health when sleep loss is chronic,” said author Christopher Depner, in a statement.

In other words, sleeping in on the weekend can’t compensate for lost sleep during the week.

Q: Why isn’t sleeping in on the weekends enough for catching up?

A: Though you may feel more rested on Monday morning, that extra shut-eye doesn’t erase all of the drawbacks from not catching enough zzz’s during the week. While extra weekend sleep does help reduce daytime sleepiness and stress, your ability to focus and pay attention will still be reduced. It can also throw off your internal body clock (also known as your circadian rhythm) and lead to Sunday night insomnia. However, you can eventually bounce back once you’ve adapted to a steady schedule that gets you enough winks.

After a sleepless night, a nap the next day can help reverse some of the negative effects of sleep deprivation. The best time for napping is early-to-mid afternoon, since a nap later in the day may prevent you from falling asleep at bedtime. Naps are helpful once in a while, but they’re only short-term solutions. If you start to rely on them regularly, you won’t get back on track.

Just like weekend compensation, naps could eventually disrupt your circadian rhythm, making it even harder to fall asleep at night. While it may be true that you’ll feel more refreshed after waking up late on Sunday morning, you will also find it harder to snooze at bedtime that night. It won’t help you break the vicious cycle.

Can you ever really catch up on sleep?

Ultimately, getting back on a regular cycle of 7 to 9 hours of sleep every night is the answer. It’s not easy, though. It can take days or even weeks for your body to return to a normal pattern. In the meantime, if you’re trying to make up for lost time, go to bed early and wake up at your normal time instead of sleeping in late.

To get your circadian rhythm back on track, keep your bedroom dark, cool, and quiet. Get back on schedule by going to sleep a few minutes earlier every night until you’re back to your regular bedtime. Taking melatonin may also help you doze off at the right time.