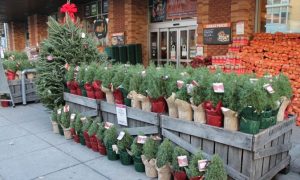 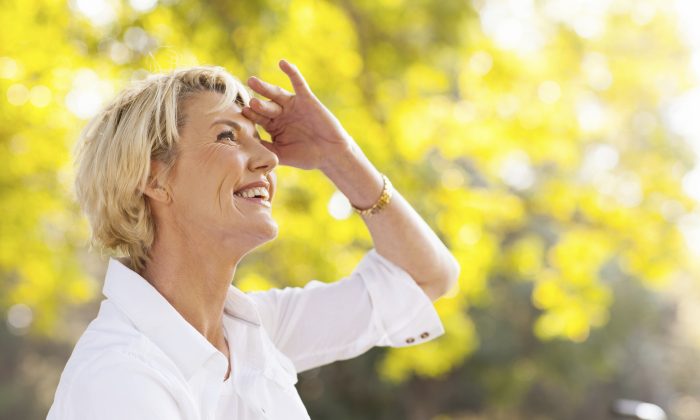 By University at Buffalo
biggersmaller
Print

Online in JAMA Ophthalmology, a team of researchers reports that women who are deficient in vitamin D and have a specific high-risk genotype are 6.7 times more likely to develop AMD than women with sufficient vitamin D status and no high risk genotype.

“Most people have heard that you should eat carrots to help your vision. However, there appear to be many other ways that adequate nutrition can support eye health. Having adequate vitamin D status may be one of them,” says lead author Amy Millen, associate professor of epidemiology and environmental health in University at Buffalo’s School of Public Health and Health Professions.

“This is not a study that can, alone, prove a causal association, but it does suggest that if you’re at high genetic risk for AMD, having a sufficient vitamin D status might help reduce your risk,” she says.

“To our knowledge, this is the first study that’s looked at the interaction between genetic risk and vitamin D status in the context of age-related eye disease.”

Macular degeneration is characterized by the deterioration of the macula, a small part of the central retina where the eye’s photoreceptors (rods and cones) are most highly concentrated.

The leading cause of legal blindness, macular degeneration affects more than 10 million Americans—more than cataracts and glaucoma combined—according to the American Macular Degeneration Foundation. The disease affects a person’s central vision, which is needed for common tasks such as reading and driving. The effect is similar to that of a raindrop on the center of a camera lens.

Researchers analyzed data compiled on 1,230 women ages 54 to 74 who participated in the Carotenoids in Age-related Eye Disease Study (CAREDS), which is an ancillary study of the Women’s Health Initiative (WHI) Observational Study (OS).

The WHI OS is a major National Institutes of Health-funded research program aimed at addressing the most common causes of death, disability, and poor quality of life in postmenopausal women.

Researchers were able to determine participants’ vitamin D status by analyzing serum samples for a vitamin D biomarker, 25-hydroxyvitamin D [25(OH)D], which provided a glimpse into vitamin D intake through all sources: diet, supplements, and sunlight.

Human skin can synthesize vitamin D when exposed to ultraviolet light, Millen explains. However, for many people, 15 to 30 minutes a day with 10 percent of their skin exposed might be sufficient. In winter months, when there is a lower solar angle, sun exposure may not be not sufficient to maintain blood level for people who live north of a line from about Washington, DC to Los Angeles.

At these times and locations, dietary intake may be necessary. Dietary sources of vitamin D include fortified foods such as milk and foods that naturally contain vitamin D such as fatty fish like salmon and mackerel.

“Macular degeneration has been found to be strongly associated with genetic risk,” Millen says. Among many genes linked to AMD, one of the strongest is a specific genetic variant (Y402H) in the complement factor H gene, called CFH for short. This gene codes for the CFH protein that is involved in the body’s immune response to destroy bacteria and viruses.

Inflammation is believed to be involved in the development of macular degeneration.

“People who have early stage AMD develop drusen, lipid and protein deposits that build up in the eye. Your body sees this drusen as a foreign substance and attacks it, in part via the complement cascade response,” explains Millen. “CFH is one of the proteins involved in this response. We see more AMD in people who have certain variants in the gene which encodes a form of this CFH protein that is associated with a more aggressive immune response.”

Vitamin D shows promise for protecting against macular degeneration because of its anti-inflammatory and antiangiogenic properties; antiangiogenic refers to slowing the growth of new blood vessels, often seen in late stages of AMD.

“Our thinking was, if a person’s vitamin D status is better, would it reduce the immune response to drusen? We wanted to understand if the association between vitamin D and AMD differed depending on a person’s genetic risk for AMD,” says Millen. “Our study suggests that being deficient for vitamin D may increase one’s risk for AMD, and that this increased risk may be most profound in those with the highest genetic risk for this specific variant in the CFH protein.”

The study results, however, shouldn’t prompt people to run to the nearest grocery store to purchase vitamin D supplements.

“Our message is not that achieving really high levels of vitamin D are good for the eye, but that having deficient vitamin D levels may be unhealthy for your eyes,” Millen says.

Although the odds of having AMD were higher in women who were deficient for vitamin D, with 25(OH)D levels below 12 ng/mL (30 nmol/L), increasing vitamin D levels beyond 12 ng/mL did not further lower the odds of AMD to any meaningful extent, she explains.

“This study supports a role for vitamin D in eye health. That’s significant because when the Institute of Medicine’s report on the dietary reference intakes for vitamin D and calcium were released in 2011, the committee could only make conclusions about D related to bone health,” says Millen. “There wasn’t enough evidence at that time to make any recommendation based on D status and other outcomes beyond bone health.”