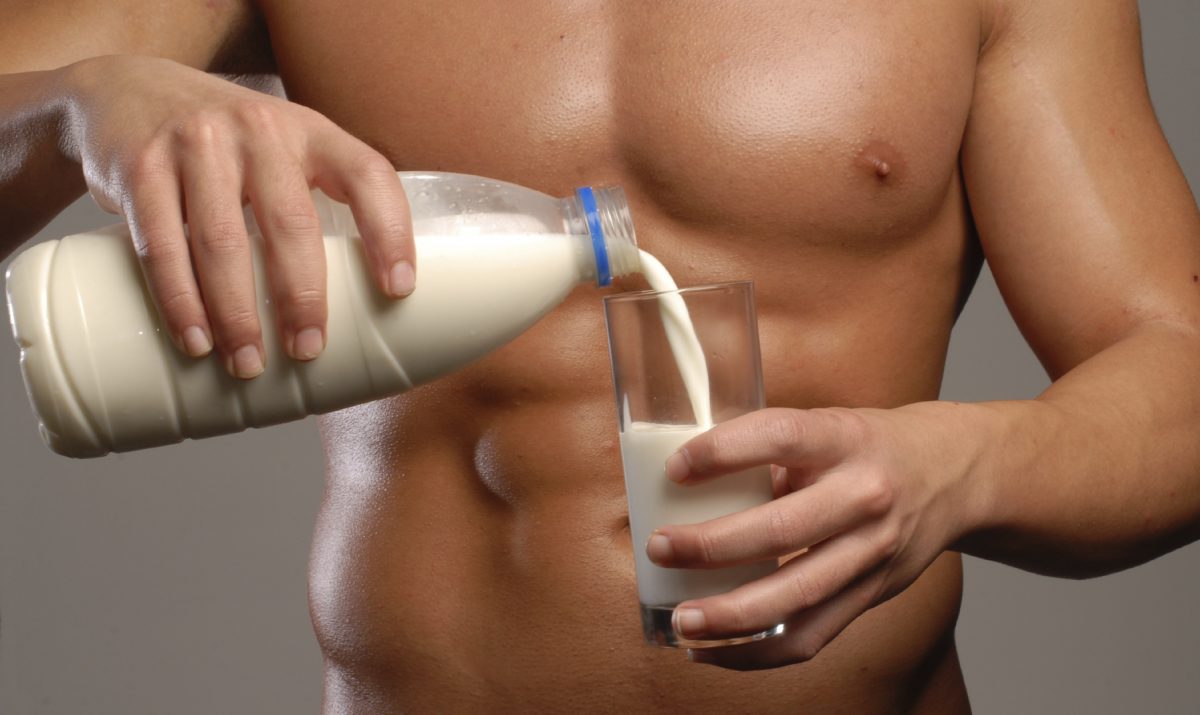 Can Milk Help You Burn Fat?

Just a tad; not anything big like abortions or steroids or even artificial sweeteners (but I’ll get to that soon).

And because I want to have a little fun, I made a video about it. Check this one out:

Ha. Fun video. I amuse myself. By the by, here’s the pretty amazing Alan Aragon blog about chocolate milk as a post-workout recovery beverage.

Okay, so now that we know the truth about milk, I’d like to talk about how this whole mess got started. That is…

Why is everyone still clinging to the antiquated notion that milk is somehow nature’s perfect bodybuilding food?

Some people think it’s because of the correlation between drinking milk as a baby and growing at a pretty rapid rate.

Others have suggested that as far as protein sources go, milk is cheap eats, and so popularity can be seen as contiguous with efficacy, perhaps.

I have my own theory, of course.

I don’t think it’s popularity, or some innate, ancient longing to suckle at the teat of whatever will provide you with sustenance.

Something much craftier is at work, something evil, and insidious.

In early 1991, I was but an innocent lad of 9 years old, and I was exposed to this bit of marketing genius.

I thought I could live without height or muscles. After all, I had more important things to focus on, like mastering the games on what I still consider to be the greatest video game system of all time, the Super Nintendo.

Just over a year later, and in the beginning stages of puberty, 10-year-old Roman was exposed to a milk commercial of a different sort. Check it out here:

While I may have been protected from drug-pushers and bullies by Barbara Bush’s commercials, these milk bastards were of another ilk, and I was altogether unprepared to fend off their marketing assault on my as-yet undeveloped Bullshit-Detector. In short order, I was convinced that not only would milk make me big and strong… but the imbibing of this dairy ambrosia would also be solely responsible for making girls like me.

Two years later I was still short, only now I was chunky and was not the young Lothario the milk ads promised me I’d be.

Well, it only took me 10 years to learn better. Hopefully, myPSA can save other people in time.

Eventually, of course, I lost the weight and got the girl. Unfortunately, I’m still quite short.

Can’t have it all.