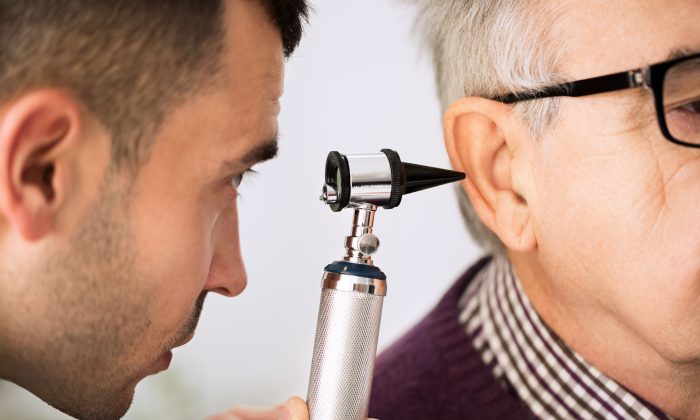 Can Hearing Loss, Ringing and Vertigo Be Healed Naturally?

Can we heal hearing loss, ringing and vertigo naturally?  Studies show that with the right nutrients, we can help repair hearing and ringing in the ears; and even vertigo maybe remedied by simple physical positions or “maneuvers”.

Hearing is the ability to perceive sound by detecting vibrations and changing pressure through the ear.  The inner and outer hair cells of the ear are very important and if damaged, hearing loss can occur.  According to the NeuroScience Department at the U of WI, “When you are exposed to loud music or noise, it is your hair cells which are damaged. Hearing loss occurs because loud sounds are really just large pressure waves (like when you stand next to a subwoofer and can “feel” the bass). These large pressure waves bend the stereocilia too far, sometimes to the point where they are damaged. This kills the hair cell.”

Now Hear This: Loud Sound May Pose More Harm Than We Thought

There are four stages to hearing loss: mild, moderate, severe and profound and hearing can be measured by your doctor using an audiometer.

What’s exciting to know is that research supports that with the right nutrients, we can restore damaged hair cells, repair noise-induced hearing loss, increase circulation to our ears, improve auditory nerve function, and even silence ringing and buzzing in the ears.

A group of government scientists conducted a 6-month study on the benefits of a natural remedy for hearing loss.  They tested 1,000 marines at Camp Pendleton who were undergoing rifle training.  At the beginning of the study, the scientists gave 600 marines an amino acid called N-acetyl cysteine.  The other 400 were given a placebo. The marines took hearing tests before and after the rifle training.  70% of the marines taking N-acetyl had less hearing loss. N-acetyl cysteine helps repair the ear damage caused by loud noises and boosts the body’s production of an antioxidant called glutathione. Studies show that people with hearing problems tend to have low glutathione, and N-acetyl boosts glutathione levels.

Alpha Lipoic Acid, an antioxidant and Acetyl-L-Carnitine, an amino acid can also improve and repair damaged hearing according to the research. In another hearing study, scientists gave these same two nutrients to aging rats for six weeks. The researchers divided the subjects into three groups.  Group 1 received Alpha Lipoic Acid.  Group 2 received Acetyl-l-Carnitine.  Meanwhile, the control group, Group 3 didn’t receive any supplements.  At the end of the study, the rats that didn’t take any supplements saw a normal deterioration of their hearing.

Ringing in the Ears and Ginkgo Biloba

Ginkgo Biloba has the potential to prevent oxidative stress-related hearing loss in this study.  In another study with 103 patients who suffered with ringing in the ears, participants were given Ginkgo Biloba or a placebo.  At the end of 13 months, every single person in the ginkgo group reported an improvement in their hearing.  Ginkgo is a natural vasodilator that widens blood vessels and it also has flavones and ginkgolides which are antioxidants that help protect inner ear hair cells and the auditory canals.

Vertigo and the Half Somersault Maneuver

It is very difficult to function with vertigo if you have ever had it.  In Dr. Carol Foster’s study,  A Comparison of Two Home Exercises for Benign Positional Vertigo:  Half Somersault versus Epley Maneuver she tested a new do-it-yourself exercise called the “Half Somersault Maneuver” to treat the most common form of vertigo.   Dr. Foster, who is director of the Balance Laboratory at the CU School of Medicine treated herself with this maneuver and says that this exercise causes the “particles to leave the semicircular canal.” She said the she was completely surprised at how well this maneuver works on most patients.

Music, loud noises, age, infections, diseases and even some medications can all contribute to hearing loss. We know that it is important to keep our bodies healthy, but now we have the research behind us to confirm that it is never too late to improve our hearing.