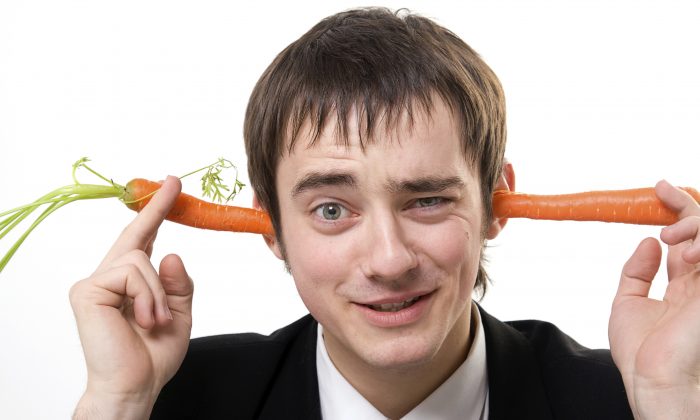 Can Good Food Protect Your Ears From Loud Noises?

A healthy diet may offer some protection from hearing loss due to noise exposure; however, it can’t reverse hearing damage, a new study shows.

Researchers examined the eating habits of 2,366 people who answered questionnaires about their health and were given a four-part hearing test. The findings showed a strong connection between a healthy diet, hearing, and noise exposure.

If we are not healthy in general, it makes sense that we could increase our susceptibility to hearing loss.
— Christopher Spankovich, Assistant professor in the Speech, Language, and Hearing Sciences department, University of Florida

For the study, published in the International Journal of Audiology, a healthy diet meant that the person who scored well on the Healthy Eating Index ate as close to the U.S. Department of Agriculture’s diet recommendations as possible—plenty of vegetables, fruit, and fiber, while keeping salt, cholesterol, fat, and saturated fat beneath recommended limits.

“Our hearing health is linked to our general health,” said Christopher Spankovich, research assistant professor in the Speech, Language, and Hearing Sciences department at the University of Florida. “Our auditory system is dependent on our cardiovascular, neural, and metabolic health, and if we are not healthy in general, it makes sense that we could increase our susceptibility to hearing loss.”

The National Health and Nutrition Examination Survey assesses the health and nutritional status of adults and children in the United States, according to the Centers for Disease Control and Prevention, partly by assigning points based on how well participants eat.

For example, people might be awarded a full score of 10 points if they eat the full number of recommended servings of vegetables. People may lose points if they consume too much of certain nutrients, such as sodium. Most people who completed the survey, which assigns a score of 0 to 100, scored between 58 to 61.

The average score of study participants was 63.11 percent. Seventy-three percent of the sample had intermediate scores, ranging from 51 to 80 percent, which were classified as “needs improvement,” while 14.6 percent had poor scores, and 12 percent had good scores.

The study identified a relationship between hearing and diet—not a causal link, Spankovich emphasized.

“These initial studies are showing the link between diet, auditory function, and noise exposure. We can’t show cause-and-effect because it’s a cross-sectional study.”