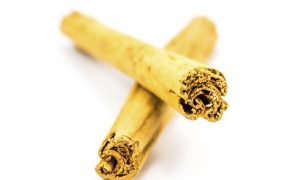 Is Your Cinnamon For Real?
0
Share Now
TelegramFacebookTweetEmailTellMeWeReddit
Copy Link 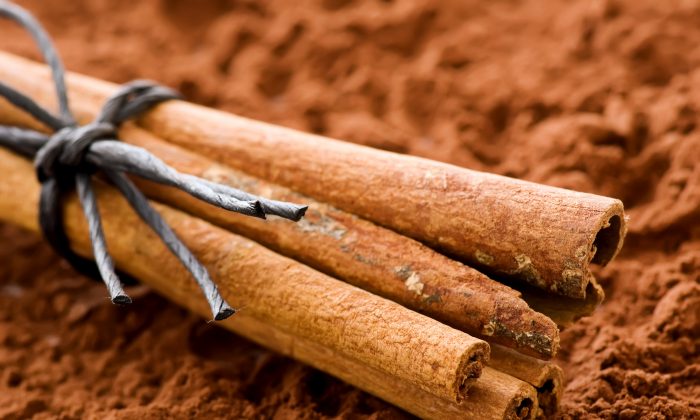 The compound that gives cinnamon its distinctive flavor and smell is a potent inhibitor of colorectal cancer, a study with mice shows.

When researchers added the compound cinnamaldehyde to the diet of mice they were protected against colorectal cancer. In response to cinnamaldehyde, the animals’ cells had acquired the ability to protect themselves against exposure to a carcinogen through detoxification and repair.

“This is a significant finding,” said Donna Zhang, professor of pharmacology and toxicology at University of Arizona. “Because colorectal cancer is aggressive and associated with poor prognoses, there is an urgent need to develop more effective strategies against this disease.”

“Given cinnamon’s important status as the third most consumed spice in the world, there’s relatively little research on its potential health benefits,” said Georg Wondrak, professor of pharmacology and toxicology. “If we can ascertain the positive effects of cinnamon, we would like to leverage this opportunity to potentially improve the health of people around the globe.”

Related Coverage
Cinnamon Is for Circulation in Chinese Medicine

The two major types of cinnamon in the world are known as cassia cinnamon and true (or “Ceylon”) cinnamon. Cinnamaldehyde can be derived from both types.

Wondrak researches molecular interventions that target skin and other epithelial cancers. Zhang studies the Nrf2 molecular pathway, which is involved in strengthening cells against stressors such as carcinogen exposure. The common denominator between their labs is the identification of molecules that might protect cells from environmental damage and cancer.

“We look for compounds that can activate the Nrf2 pathway—synthetic ones, or preferably things we already eat, because we know they are not toxic,” Wondrak said,

The new study suggests that cinnamaldehyde may also protect cells from other kinds of chemical carcinogens, UV-induced cancers, and more.

The two scientists started off doing structure-activity relationship studies to find molecular dietary factors that induce the Nrf2 pathway. Their investigation led to the identification of cinnamaldehyde as an Nrf2 inducer.

Other Kinds of Cancer, Too

After that discovery, they began studying the effects of the compound on the Nrf2 pathway and on cancer outcomes. Because the Nrf2 pathway is so important in cellular protection, the new study, published online in Cancer Prevention Research, suggests that cinnamaldehyde may also protect cells from other kinds of chemical carcinogens, UV-induced cancers, and more.

“We are not preaching at this point, ‘You have to eat a lot of cinnamon,'” said Wondrak. “We are just saying that cinnamaldehyde has interesting properties that are consistent with protecting cells through activation of the Nrf2 pathway.”

The next step in the research is to test whether cinnamon, as opposed to cinnamaldehyde, prevents cancer using this same cancer model. Because cinnamon is a common food additive already considered safe—it’s not a synthetic, novel drug—a study in humans may not be too far off.

“Can cinnamon do it, now that we know pure cinnamaldehyde can?” Wondrak asked. “And can we use cinnamaldehyde or cinnamon as a weapon to go after other major diseases, such as inflammatory dysregulation and diabetes? These are big questions to which we might be able to provide encouraging answers using a very common spice.”

This article was originally published by the University of Arizona.  Republished via Futurity.org under Creative Commons License 4.0.