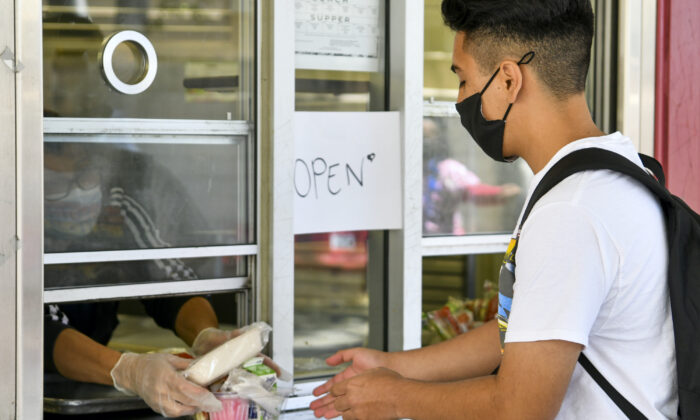 All K-12 public school students in California will have access to free breakfast and lunch at school this year under a new state program.

The Universal Meals Program makes California the first state to launch a statewide meal program. The state has about 6 million public school students.

The new program dovetails with the federal National School Lunch Program and the School Breakfast Program, according to the state Department of Education.

Food insecurity—the lack of consistent access to food—among low-income families has risen in recent years because of the COVID-19 pandemic and rising inflation.

“We know that many California children are food insecure, and if you’re hungry you cannot learn well,” Skinner told education media EdSource last year. “The whole point of school is learning, and everything we can do to create an environment that allows children to thrive and learn is what we need to do.”

The program was established in July 2021 when Gov. Gavin Newsom signed Assembly Bill 130, which made several changes to the state meal mandate, all to take effect during the 2022–23 school year.

The new law offers both breakfast and lunch to all students throughout the day, not just those who already qualify for free or reduced-price meal programs.

It also now requires schools in areas of high poverty rates, in which more than 40 percent of students qualify for free or reduced-price meals, to take part in a federal meal provision program—such as Community Eligibility Provision—for reimbursement, according to the state education department.

Beginning in the coming school year, the universal meal program is anticipated to cost about $650 million annually, according to a June 2021 Assembly budget committee report (pdf). Any costs not covered by federal reimbursements will be paid by California taxpayers, according to EdSource.

An additional $150 million in one-time funding was made available during the 2021–22 school year to help pay for kitchen upgrades and staff training in preparation for the implementation of the program.