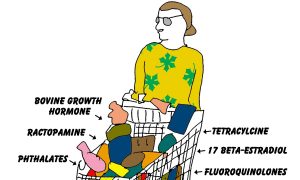 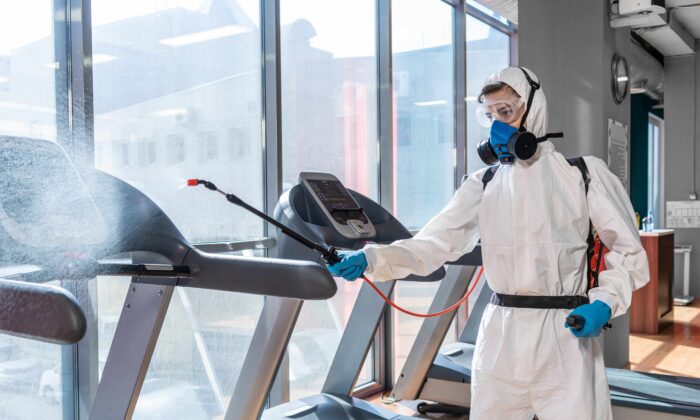 C0VID Disinfectants May Be Hazardous to Humans

Those consequences of the COVID-19 pandemic response may turn out to be worse for many people than the disease itself. Experts have predicted a coming mental health crisis in the United States, as Americans struggle with financial insecurity, job losses, social isolation, and fears about returning to public life. Privacy concerns also continue to emerge, as contact tracing apps and other methods of surveillance morph into the new “normal.”

Unchecked disinfection procedures, including those recommended by public health agencies, are another major concern. Prior to the pandemic, chemical disinfectants had been linked to health problems, but the accelerated pace at which these toxic chemicals are now being used is causing unprecedented levels of exposure—with unknown consequences to human health.

‘List N’ Disinfectants May Not Be Proven Safe for Humans

“This doesn’t mean that they have been approved because they’re considered safe with regard to human health,” exposure scientist Lesliam Quirós-Alcalá, an assistant professor at Johns Hopkins Bloomberg School of Public Health, told Bloomberg. While studies on many of the chemicals are limited, some have been linked to asthma and other respiratory conditions, reproductive effects, and neurological and dermatological problems.

Exposure to disinfectants and cleaning products has long been linked to health risks. A 2019 cohort study of 73, 262 U.S. female nurses found exposure to cleaning chemicals at work was associated with a 25 percent to 38 percent increased risk of chronic obstructive pulmonary disease (COPD). This included disinfectants with the active ingredients glutaraldehyde and quaternary ammonium compounds, variants of which are included on the EPA’s List N.

Research published in the American Journal of Respiratory and Critical Care Medicine also found that women responsible for cleaning at home, or who worked as house cleaners, had accelerated declines in lung function and impaired long-term respiratory health 10 to 20 years after cleaning activities.

“Exposures related to cleaning activities may constitute a risk to long-term respiratory health,” the study concluded, with researchers stating that the damage to respiratory function for women cleaners was similar to smoking a pack of cigarettes every day for 10 to 20 years.

“The effect size was comparable to the effect size related to 10-20 pack-years of tobacco smoking,” they wrote. One “pack-year” is equivalent to smoking 20 cigarettes (one pack) per day for one year. Other common symptoms that can occur from exposure to chemical disinfectants include nausea, eye irritation, and headaches.

Ramped Up Disinfecting a ‘Hazardous Proposition’

The EPA, in their guidance for cleaning and disinfecting public spaces and homes against COVID-19, recommends surfaces frequently touched by multiple people, such as door handles, desks, faucets, and light switches, be disinfected at least daily, with certain surfaces, such as shopping carts and sale keypads, being disinfected more often, including before each use.

Speaking with Bloomberg, Rich Feczko, national director of systems, standards and innovation at Crothall Healthcare, said the pace at which the company is cleaning hundreds of hospitals has accelerated. “Our frequencies have ramped up in public places like lobbies and elevators to 6–8 times per day,” with restrooms cleaned every two hours.

“This is a hazardous proposition,” immunologist and allergist Dr. Claudia Miller told the news outlet. “Cleaners tend to go in with hugely toxic chemicals. We’re creating another problem for a whole group of people, and I’m not sure we’re actually controlling infections.”

Spraying Disinfectants May Be Especially Dangerous

Adding to the problem is the way some of the disinfectants are being applied. Using sprayers that aerosolized disinfectants is becoming increasingly popular during the pandemic, as it allows cleaners to cover far more space in a shorter period of time. Electrostatic sprayers also add a positive charge so the chemicals stick to surfaces.

Not only have the risks of aerosolized disinfectants not been explored, but most of the disinfectants on List N have not been approved for aerosolizing, misting, or fogging. Further, it’s likely that spraying the chemicals poses increased inhalation risks, as it generates micro-particles and possibly even smaller nanoparticles, which are absorbed into the body faster and in greater quantities than larger particles.

The New Jersey Department of Health (NJDOH) issued a health alert bulletin that fogging ambulances with toxic disinfectants may cause illness after four emergency medical technicians were diagnosed with work-related asthma.

“Fogging is not recommended in ambulances,” NJDOH warned. “Often, the active ingredients are respiratory irritants and sensitizers and include chemicals such as, chlorine, phenol, quaternary ammonium compounds (“quats”), alcohols, or hydrogen peroxide compounds (listed in decreasing order of toxicity).”

The World Health Organization (WHO) similarly warned: “In indoor spaces, routine application of disinfectants to surfaces via spraying is not recommended for COVID-19. If disinfectants are to be applied, these should be via a cloth or wipe which is soaked in the disinfectant.” Despite this, industrial cleaning companies are moving to use spraying technologies once reserved for hospitals in school busses.

“If we can spray it in a Hershey’s food plant or at a hospital, we can certainly spray it on a school bus,” Bob Gorski, president of cleaning company Merrick Group, told Bloomberg. In several places around the world, including major cities and popular public areas, such as Turkey’s Grand Bazaar, clouds of disinfectants are even being dispersed into the sky via drones, even though experts have warned the practice likely is not effective and could be toxic to humans.

When it comes to chemical disinfectants, reducing your exposure is wise, especially if they’re being used in an enclosed space such as a vehicle, elevator, or high-rise building with poor circulation. For times when cleaning is necessary, there are many natural methods available for cleaning purposes, as well as safer disinfectants such as ultraviolet light. As it stands, however, the aggressive disinfection procedures being implemented in the name of COVID-19 could end up causing far more harm than good.