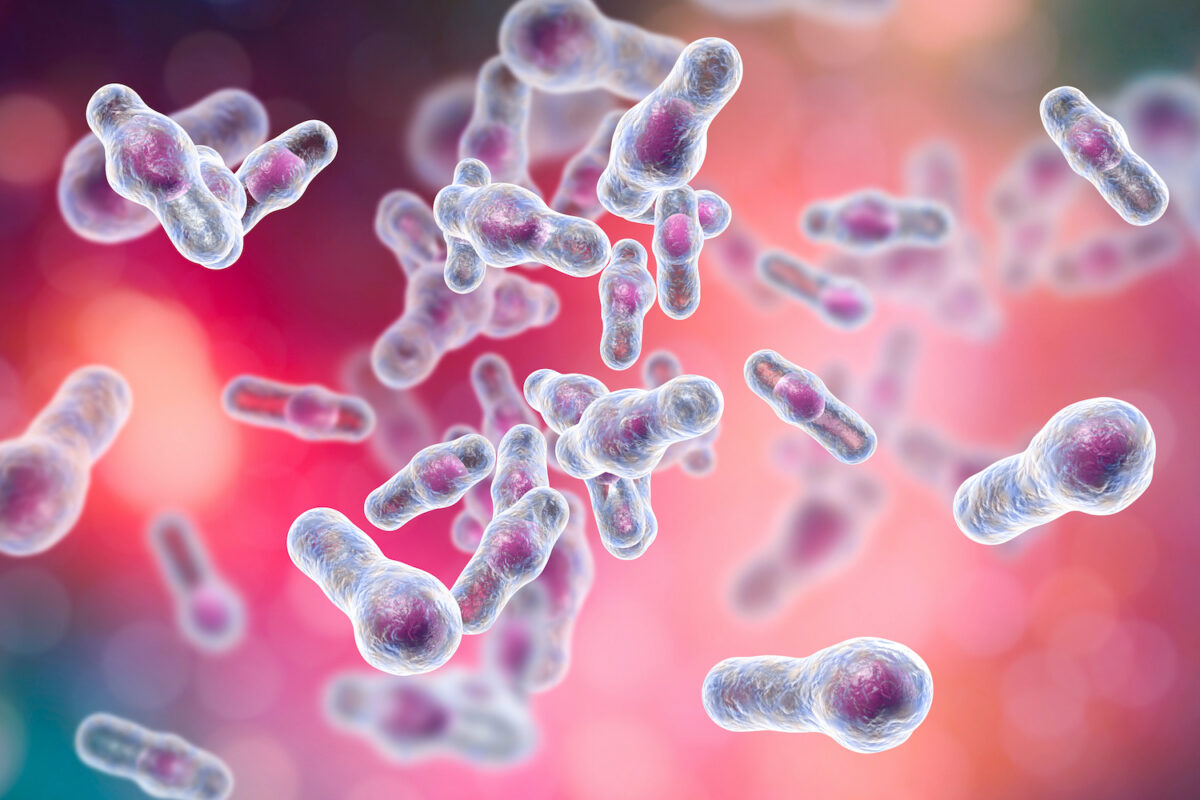 New research found that cells exposed to Clostridioides difficile (C. difficile) turned on genes that drive cancer and turned off genes that protect against it. (Shutterstock)
Cancer

C. Difficile May Cause Colorectal Cancer

This problematic bacteria is now implicated in the uptick of colon tumors
BY Amy Mone TIMEJuly 24, 2022 PRINT

The findings appear in the journal Cancer Discovery, and may expose another troublesome role for this microbe, which causes approximately 500,000 infections a year in the United States—many of which prove incredibly difficult to clear.

“The uptick of individuals under age 50 being diagnosed with colorectal cancer in recent years has been shocking. We found that this bacterium appears to be a very unexpected contributor to colon malignancy, the process by which normal cells become cancer,” said Cynthia Sears, professor of cancer immunotherapy and professor of medicine at the Johns Hopkins University School of Medicine.

Several years ago, researchers in Sears’s laboratory discovered that more than half of patients with colorectal cancer had bacterial biofilms—dense collections of bacteria on the colon surface—whereas 10 to 15 percent of healthy patients without tumors displayed biofilms.

However, when the researchers infected mice with biofilm samples derived from individual people with colorectal cancer, one sample caught their attention because it markedly increased colorectal tumors in the mice. Whereas in most controls, less than 5 percent develop tumors, this slurry induced tumors in 85 percent of mice.

In additional work, the team identified a patient sample without a biofilm that similarly increased colorectal tumors in the mice. Although several bacterial species have been linked with colorectal cancer—including enterotoxigenic Bacteroides fragilis, Fusobacterium nucleatum, and a specific strain of Escherichia coli—these microbes were either absent in the tumors of these two patients (B. fragilis and E. coli) or didn’t successfully colonize the mice (F. nucleatum), suggesting that other bacteria were responsible for promoting the colorectal cancer cascade.

To determine which bacteria may be causing tumors in the mice, Sears and colleagues performed additional experiments to see if a single bacterial species or a community of bacteria were promoting tumor formation in the mice. They noted that toxigenic C. difficile, the type of C. difficile that causes diarrhea, was absent in the samples that didn’t cause tumors but was present in the samples that caused tumors in mice. When the researchers added this bacterium to the samples that originally didn’t cause tumors, it induced colon tumors in the mice. Further testing showed that C. difficile alone was sufficient to prompt tumor formation in the animal models.

Additional experiments at Vanderbilt University showed that C. difficile brought about a range of changes within colon cells that made them vulnerable to cancer.

Cells exposed to this bacterium turned on genes that drive cancer and turned off genes that protect against cancer. These cells produced reactive oxygen species, unstable molecules that can damage DNA, and they also prompted immune activity associated with harmful inflammation.

A toxin produced by this bacterium—known as TcdB—appears to cause most of this activity, the researchers say. When they used genetically engineered C. difficile strains that contained inactivated toxin genes and/or released a related C. difficile toxin called TcdA, the mice infected with the TcdB-inactivated microbes produced far fewer tumors than those with TcdB-active ones, while TcdA made by C. difficile wasn’t sufficient to cause tumors.

To date, there is limited epidemiological data linking C. difficile with colorectal cancer in humans, but if further research shows that a connection exists, it could lead to screening for latent C. difficile infection or previous infection as a risk factor for cancer, said co-author Julia Drewes, assistant professor of medicine at Johns Hopkins.

Since lengthy exposures to TcdB may increase colorectal cancer risk, an important prevention effort could include heightened efforts to eradicate this pathogen quickly and effectively, which recurs—often repeatedly—in 15 to 30 percent of infected patients after initial treatment, including in pediatric patients.

“While this link between C. difficile and colorectal cancer needs to be confirmed in prospective, longitudinal cohorts, developing better strategies and therapeutics to reduce the risk of C. difficile primary infection and recurrence could both spare patients the immediate consequences of severe diarrhea and potentially limit colorectal cancer risk later on,” Drewes said.

Funding for the research came from the National Institutes of Health, the Bloomberg Kimmel Institute for Immunotherapy, Cancer Research UK, Johns Hopkins, and the Department of Veterans Affairs.