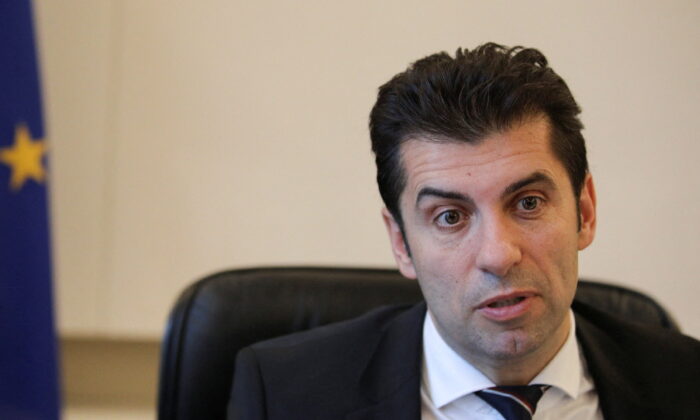 SOFIA—Bulgaria supports sanctions on Russia as a means to halting its invasion of Ukraine, but will likely seek an exception on banning Russian natural gas and oil imports if such a proposal is put forward, Prime Minister Kiril Petkov said on Monday.

EU and NATO member Bulgaria is almost completely dependent on gas supplies from Russia’s Gazprom, while its only oil refinery, owned by Russia’s LUKOIL, provides over 60 percent of the fuel used in the country.

“Bulgaria would support all kinds of measures, because we are really against the war, but these two (oil and gas), maybe we would ask for an exception … We do not have current alternatives right now, we are too dependent,” Petkov said in an interview with Reuters.

“We are fully supporting the Ukrainian people, we supported the first package of sanctions, we are even open-minded for other sanctions as well, just these two sanctions, it would be very hard for us to take as an economy and as a country,” he said.

The country, which operates two 1,000 megawatt Soviet-made nuclear reactors at its Kozloduy plant, is weighing how to proceed with the nuclear equipment supplied for its 2,000 megawatt Belene nuclear project, Petkov said.

Bulgaria has already paid Russia for the equipment.

The government is considering if it should use it as part of a hybrid reactor that can use U.S. or Western European fuel, or if it should sell the equipment to another country and start again with new technology, not from Russia, he said.

Petkov’s centrist coalition government will also start buying 1.5 million tonnes of wheat to shore up its food supply until next year’s harvest and avoid risks that may arise from any possible accidents at nuclear power plants in Ukraine.

The Black Sea country, which produced over 7 million tonnes of wheat last year, does not plan to ban wheat exports, Petkov said, adding that the state would also bolster its reserves of corn and sunflower seeds.

Petkov said Bulgaria, which has pegged its lev currency to the euro, is sticking for the time being with its target of joining the eurozone as of January 2024. He said inflation would remain pretty much in line with that of eurozone countries.

“Bulgaria has a currency board, so in a way we are already being as though in the euro zone, nothing changes for us. We do not have a separate monetary policy … Our inflation is going to be pretty much at par with European inflation,” he said.

“So far, we are staying with the current target date of 2024 and we hope that we would be able to meet it,” he said.