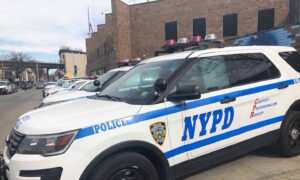 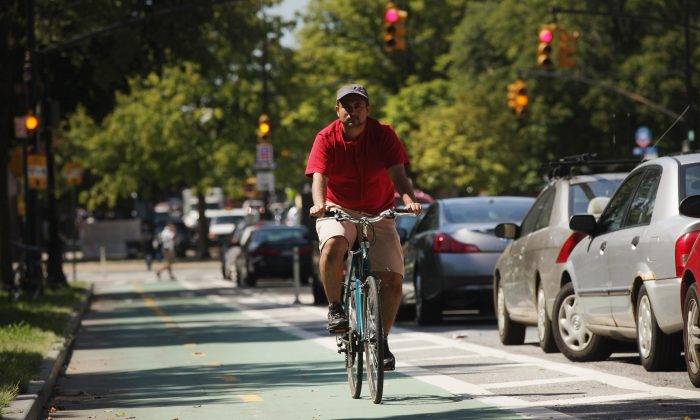 A man rides his bike along a bike lane on Prospect Park West on August 17, 2011 in the Brooklyn borough of New York City. (Spencer Platt/Getty Images)
New York

The officers in Brooklyn’s 78th precinct recently finished an undercover operation targeting drivers who fail to yield to pedestrians, and an audit of the area’s crossing guards. The ticketing operation began Monday.

Councilmember Brad Lander, who represents the area, has shown support for safety initiatives like these. He said at a recent City Council hearing on Vision Zero that he would like to push for more operations that get police officers out of their vehicles, like the undercover sting to target drivers failing to yield. New York Police Department’s Transportation Chief Thomas Chan responded these would be up to individual precincts but not something to be implemented agency-wide.

In 2012, a cyclist responded to police vehicles being parked in bike lanes by putting up traffic cones, reported Brooklyn Paper. In response, the precinct’s commanding officer Deputy Inspector Michael Ameri put up police barricades to keep the lane clear of parked vehicles.