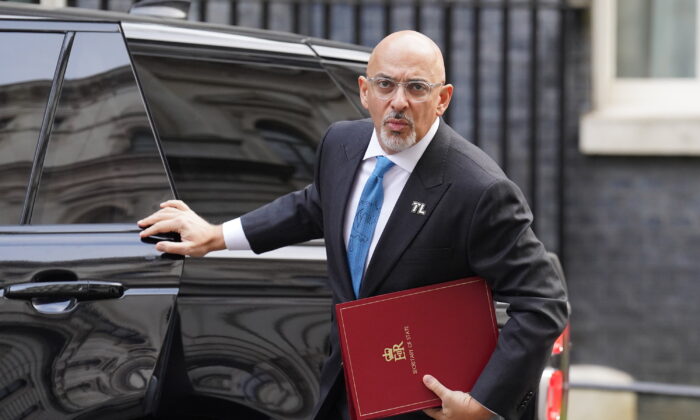 Education Secretary Nadhim Zahawi has ordered a U-turn on the government’s Schools Bill after a rebellion in the House of Lords ordered a rethink, following accusations of a Whitehall power grab.

Under the plans, all schools must become academies, but a scathing rebellion from the Lords, including from former Prime Minister Margaret Thatcher’s architect of education, warned it would give Whitehall unrestricted control over education.

The British government’s Schools Bill, which is currently in the committee stage in which bills are considered line by line, is a wide-reaching piece of legislation that aims to raise schooling standards across the country by increasing attendance and improving safeguarding.

In a letter to the Lords on Thursday, academies minister Baroness Barran said that the government would be removing clauses 1 to 4 and Schedule 1 of the bill, which would have introduced new standards that all academies would need to follow, as well as extending the laws for maintained schools to academies.

In England, academies are publicly funded schools that operate outside of local authority control.

In the letter, Barran said that the government was “grateful for the scrutiny” of the bill in the Lords, adding that the government “recognises the concerns about the possible future use of these powers that are not in line with our intention of preserving academy freedoms.”

Those aspects have been criticised in the Lords. Former academies ministers Lord Nash and Lord Agnew, alongside Thatcher’s education secretary Lord Baker of Dorking, tabled amendments to the bill over their concerns that academies would lose their freedoms under the new “draconian” provisions.

Baker, who held the role from 1986 to 1989, has said of the Schools Bill that “constitutionally, it is an abomination.”

“It is unacceptable and I am amazed that a Conservative government have done it,” he added.

During the second reading in May, Baker warned that “It’s a real grab for power by the Department for Education [DfE].”

“You must remember that the DfE since 1870 has never run a school. Now they’re going to take complete control over the education system. And so I think they should be watched.”

While the issue of academies is still ongoing, parents who home educate are worried about how the Schools Bill strengthens the powers of authorities to issue fines and force children into mainstream schools if they don’t comply with the rollout of a new mandatory register. Some of the penalties for non-compliance to this register, or failure to provide all information requested, could lead to a £2,500 ($3,040) fine or up to 3 months’ imprisonment.

Wendy Charles-Warner, co-chair of Education Otherwise, a charity across England and Wales that promotes and supports the right of a parent or guardian to home educate, told The Epoch Times that removing a few clauses doesn’t go far enough and that she wanted the bill to be taken down entirely.

“The clauses that are being removed are only the clauses that affect academisation. There are two whole sections in the Bill that radically affect home education and families,” she said.

“And they need to be paired down to nothing, they need to be removed, the whole thing was shoddily put together, it was not based on evidence and the need for registration for home-educated children has never been evidenced by this government. They need to take it away and they actually need to do their research and come back with answers,” said Charles-Warner.

A Department for Education spokesperson said: “As we work towards all schools in strong academy trusts, we have been clear that the current regulatory system must evolve to retain parents’ confidence and make sure every school in every trust is helping their pupils fulfil their potential.

“We therefore remain committed to the Schools Bill putting clear academy trust standards on a legal footing, and allowing for the government to intervene directly in the rare cases of academy trust failure.”

The spokesperson added that the review of academy trusts, which involves an expert advisory group running parallel to the bill, “will propose what the standards should be and how intervention should work.”

“But we are listening to concerns from peers about how the provisions in the bill would operate in practice, and will make sure the bill protects and strengthens the fundamental freedoms academies enjoy,” the spokesperson said.

“That is why we are supporting the temporary removal of clauses 1–18 from the bill, in advance of bringing back revised clauses later in the bill’s passage through Parliament.”