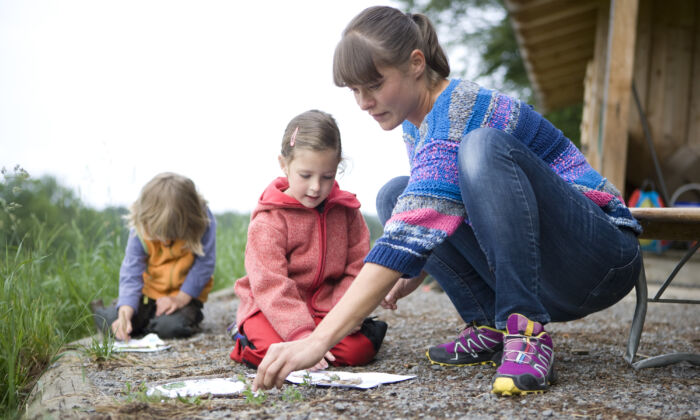 The British home-educated community has remained relatively outside the scope of government until now. (Altrendo Images/Shutterstock)
UK

Parents who home educate are worried about a new law that strengthens the powers of authorities to issue fines and force children into mainstream schools if they don’t comply with the rollout of a new mandatory register.

The British Government’s Schools Bill, which is currently in the House of Lords, is a new ambitious piece of legislation that aims to raise schooling standards across the country by increasing attendance and improving safeguarding.

But parents of home-educated children told The Epoch Times that they now face a “frightening prospect” that they are being judged by a “whole set of standards” made for the schools they wanted to remove their children from in the first place.

Their concerns centre around the Government’s plan to set up a new compulsory national register of children. If the law passes, the penalty for non-compliance to this register, or failure to provide all information requested, could lead to a £2,500 fine or up to 3 months’ imprisonment.

In the UK, home education means that your child is not on a school roll and the parents take full responsibility for their children’s education. While being home-schooled, children remain on their school roll and received a combination of support from schools.

The home-educated community has remained relatively outside the scope of government until now as it’s not known how many are in it. The Association of Directors of Children’s Services (ADCS) gave a rough figure of 81,200 in 2021. Though it is an underestimate, as registration is voluntary, that number has likely increased.

The Government claims that there are increased concerns about the rising numbers of children not on a school roll (either due to being home-educated, attending full-time non-school alternative provision, or missing education completely), and that some of these children may not be receiving a suitable education or not be known to the local authority at all.

However, some in the home-educated community are fearful that new powers will be handed to the government, on top of the ones it already has.

Home education expert Hannah Canavan, who provides advice to 26,000 followers on Tiktok, told The Epoch Times she had several concerns with the new Bill.

“The irony is that a lot of these children have been pulled out of school because of the issues in school. It’s the same administration that has created the environment that we are not happy for our kids to be in that will be checking on our kids,” she said.

Canavan said that she doesn’t agree with standards set in British schools, such as the curriculum [which sets out the national programmes of study] and standardised testing, “which is why we are home educating,” she said.

Canavan added that the concern is that the register is a “gateway for them to implement the same standards for home educators” and that she expected “home assessments will be the next step to happen.”

“It makes us guilty until proven innocent,” she said.

“There are so many parents sending their children to failing schools and there are no consequences for that, but with home educators, there seems to be a whole set of standards. Why are schools allowed to let kids down and let bullying run rife?” she added.

Last year, Portsmouth Home Education Group took Portsmouth City Council (PCC) to court over claims it treated some parents as “criminals” for choosing not to send their children to mainstream schools. The parents got sent School Attendance Orders (SAO), demanding their children return to a mainstream classroom within two weeks.

Local authorities have no formal powers or duty to monitor the provision of home education. However, they do have a duty to identify children they deem are not receiving a suitable education so they can intervene.

“The most concerning element of these propositions for home educators in Portsmouth are the suggested changes to the SAO process,” a Portsmouth Home Education Group spokesperson told The Epoch Times by email. She said that Portsmouth City Council issues a high number of SAOs.

The group said that they were “concerned about the shorter timeframe to respond to an SAO; the suggestion of higher fines making the idea of fighting against the LA [local authoritities] in court an even more frightening prospect; and being prosecuted for the same offence twice, which is almost unheard of in any other area of the legal system.”

A lack of recourse to fight or appeal the system was also a source of concern for the parents.

“Combined with this, the Bill does not lay out any system of oversight or redress to deal with an overzealous LA, like Portsmouth. This equates to much greater power in the LA’s hands, and will only mean more persecution of Portsmouth families, who only have the best interests of their children at heart,” she said.

Children ‘dropping off the radar’

A Government spokesperson did not answer The Epoch Times’  specific questions but pointed to the Departments of Education blog post that reflected its position on the homeschooling register.

“While the vast majority of home educating parents do an excellent job, it’s important that home education doesn’t result in children dropping off the radar and becoming vulnerable to poor standards of education or risks to their safety and wellbeing,” it wrote.

“The creation of local authority administered registers for children not in school will allow us to support local authorities to make sure they know where every child is being educated, that it is of the right quality, and that support is offered to home educating families,” the government wrote.

In its Children not in School, Schools Bill Factsheet released in May, the Government said that it does not intend to “criminalise parents who fail to provide information for their home-educated child to be registered with the local authority.”

An “appropriate response to a failure to register is to take steps to determine whether the child is being suitably educated and, if not, to get that child into school,” it added.