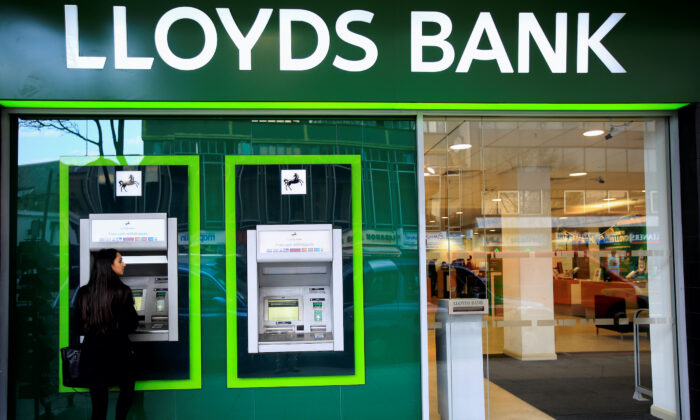 LONDON—Lloyds Banking Group will close a further 48 branches across England and Wales, the British lender said on Wednesday, as it seeks to further cut costs by trimming its physical network.

The closures are the latest in a string of such moves by the bank, which in June announced the closure of 44 different branches.

Banks have stepped up branch closures after many paused restructuring for much of last year to focus on responding to the COVID-19 pandemic.

“The announcement by Lloyds Banking Group of closing a further 48 bank branches is a complete betrayal of the communities and staff who have long supported this highly profitable business,” said Sharon Graham, general secretary of employment union Unite.

Lloyds said it is responding to customers using branches less frequently, and that it is piloting a scheme whereby ‘community bankers’ visit customers in their areas.