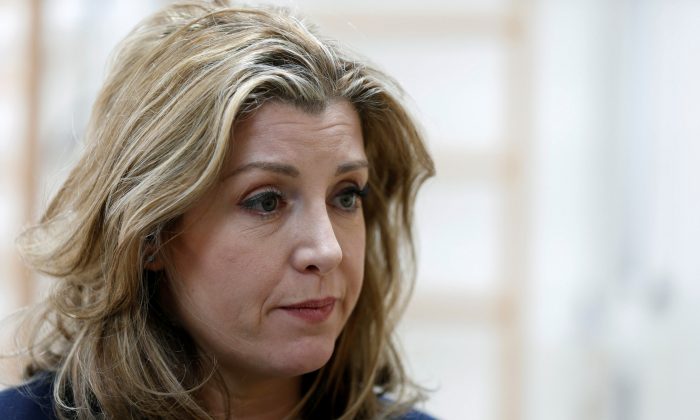 AMMAN—Britain is stepping up humanitarian aid in Syria and in neighboring countries where millions of refugees have found shelter, International Development Secretary Penny Mordaunt said on Tuesday.

Mordaunt said Britain was seeking ways to get more humanitarian aid to civilians in besieged opposition-held areas where the Syrian government has made it hard for NGOs to deliver supplies.

“My role is to relentlessly call for a cease in hostilities and that we get the humanitarian access we need,” Mordaunt said in an interview with Reuters. “It’s incredibly difficult to get medical supplies and equipment in, even when a ceasefire is agreed.”

Britain is a major Western donor to the Syrian crisis with over 2.46 billion pounds ($3.48 billion) committed in humanitarian funding to the region.

Mordaunt said that what appeared to be a chemical weapons attack that killed dozens in rebel-held Douma on Saturday should not deflect attention from the suffering endured by Syrians for an “extremely long time”.

She said discussions were ongoing over a possible military response by Britain and its allies that would prevent “repeats”.

“As well as holding people to account and as well as responding when appalling things happen, we must also remember those individuals who are still in the firing line,” she added. “My role is to try and protect those people as much as we can.”

Mordaunt said a meeting for international donors and host governments in Brussels this month to try urgently to cover a funding shortfall of hundreds of millions of dollars would seek to help the neighbors suffering the fallout from Syria’s war.

“We obviously need to keep commitments high … We are here for the long term and we are going to be supporting Jordan and the others who are shouldering a huge burden,” she said.

Officials say British aid money has helped to revamp schools and rehabilitation centers in Jordan, for the benefit of both Jordanians and Syrian refugees.

After more than seven years of war, some 5 million people have fled to neighboring states, including around 1.3 million to Jordan, and an estimated 6.3 million are displaced from their homes across Syria.