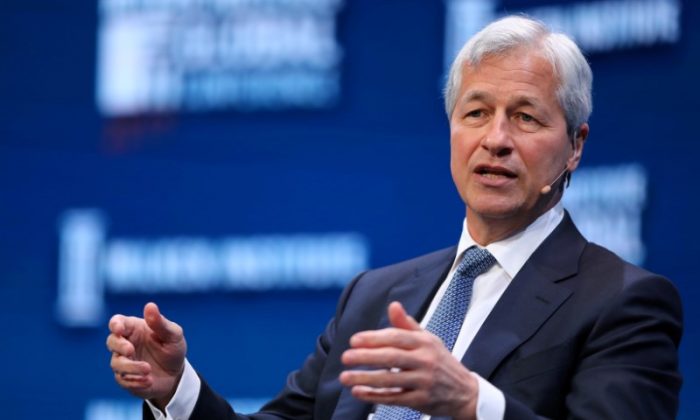 LONDON—JP Morgan could move more than 4,000 jobs out of Britain if Brexit talks result in a divergence of regulations and trade agreements between Britain and the European Union, the U.S. banking giant’s Chief Executive Jamie Dimon said on Thursday.

“If they determine you can’t have reciprocal trade practices, reciprocal regulations … It would be more than 4,000,” Dimon said in a BBC interview on the sidelines of the World Economic Forum meeting in Davos, Switzerland.

Dimon has wavered in the past over how many jobs JP Morgan would move, as his estimates take into account the changing prospects of Britain securing a deal that gives its financial firms continued access to European markets.

After saying in the aftermath of the June 2016 referendum on Britain’s membership of the EU that around 4,000 jobs would move, Dimon last April in a letter to shareholders said it would likely shift far fewer jobs to European financial hubs.

Dimon’s comments on Thursday that the total could end up being more than 4,000 staff represent his starkest assessment yet of the impact of a so-called ‘hard Brexit’ under which Britain loses access to the EU’s single market.

It is among the highest estimates by a single financial firm of the number of jobs it would move out of Britain.

Around 10,000 finance jobs will be shifted out of Britain or created overseas in the next few years if Britain is denied access to Europe’s single market, a Reuters survey in September of firms employing the bulk of workers in international finance found.