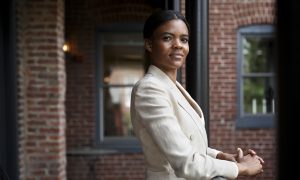 Candace Owens: The Victim Mentality of the Left
0 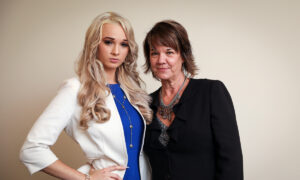 The Hidden Side of Human Trafficking: Grooming and Brainwashing Unsuspecting Victims
0 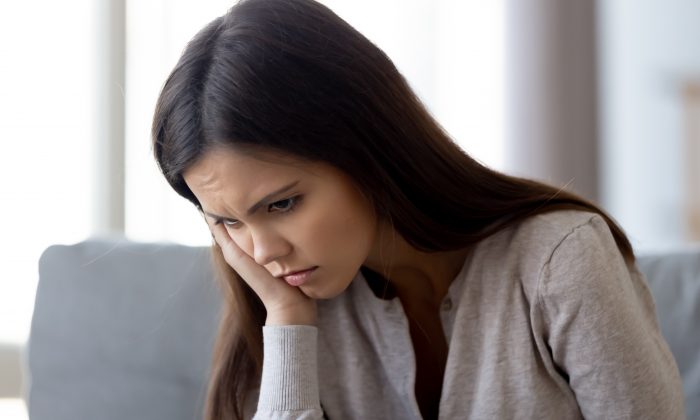 Walking around resenting the world for its seemingly endless injustices against you is a form of self sabotage that costs you power and happiness. (fizkes/Shutterstock)
Mind & Body

How to empower yourself, end the 'poor me' cycle
By Nancy Colier
Print

A victim, according to the dictionary, is a person who has been tricked, duped, harmed, injured, or killed as a result of a crime, accident, or other events.

Everyone experiences one or more of these things during their lifetime—if not physically, then emotionally. We’re all victims, at times, of life’s challenges and difficulties.

It’s psychologically healthy for us to acknowledge the suffering and feelings of powerlessness that accompany these experiences.

And yet, someone who feels like a victim in a particular situation is radically different from someone who suffers from a victim mentality and maintains a victim identity.

We all know people who seem to be constantly recounting some injustices done to them—how others are denying them what they need, want, and deserve, or controlling them against their will; even how life is against them and the universe is punishing them. Maybe you, yourself, are someone who experiences life this way.

To always feel like a victim of life, or to love someone who feels they’re the victim of life, is painful and difficult. Here are three case studies to illustrate some of the most common forms of victim mentality and what they reveal.

Mary and her husband, Phil, are going on vacation. Mary has done all the booking and travel planning and has asked Phil to confirm the taxi pick-up time. The morning they’re scheduled to leave, Phil nonchalantly mentioned that the car was confirmed for a time that may be too late to assure making the flight. Mary asked Phil if he could correct the time, to which he responded that she had no reason to worry and changing it was unnecessary.

Mary was frustrated, confused, and angry. In response, she decided to do nothing about the car pick-up time and opted to stew in anger at her husband instead. She spent the next few hours constructing her victim narrative, in which Phil is controlling her and stealing her vacation—the one she booked, earned, and deserved. As she saw it, Phil’s decision to not change the pick-up time rendered her powerless, helpless to get what she wanted. She decided to take the chance and kept the pick-up time as is. She chose to potentially miss the flight and give up her vacation—all to hold true to her victim identity and prove her husband wrong.

Analysis: For Mary, the victim mentality stems from an inability or unwillingness to take ownership of her own wants and needs. Regardless of the choice her husband made, Mary wanted to catch the plane and feel relaxed on the way to the airport. She undoubtedly wanted the vacation. She also wanted a husband who would take care of her wants. Three of these four wants were possible. One was not. Instead of taking charge of getting what she wanted, which would have been as simple as changing the pick-up time, she used her energy to mentally fight with her husband about why he was destroying her vacation.

Peter’s narrative of his life is that he’s controlled by others and always has to follow their demands, which is never up to him to decide. On a recent morning, his daughter expressed feeling cold and asked if he could fix the heat, since it seemed to be not working properly. This sent Peter into a full victim mentality and its accompanying resentment.

He felt that he was being intentionally controlled by his daughter, and was now forced to spend the whole day fixing the heating system so that she wouldn’t have to feel uncomfortable. He was also convinced that if he didn’t immediately fix her problem, he would be punished and blamed for her unhappiness. He was, once again, a victim to everyone else’s needs with no say of his own.

Analysis: Peter’s victim mentality is caused by a sense of powerlessness that’s unrelated to the situation. Someone like Peter starts out feeling powerless and then projects that onto the other, who becomes the one “controlling” him. Peter is unable to tolerate his daughter’s discomfort without feeling responsible for fixing it. He’s also lacking an awareness or curiosity about the root of his feeling of powerlessness—which was already there before the situation arose. And, similar to Mary, what’s missing is an ability to respect his own needs and wants, which include not wanting to spend the day fixing the furnace.

Lisa hasn’t had a day off in a month, partly due to her own choice and partly because of the company’s busy season. When the much-awaited day off finally came for her, she woke up to the sound of rain on her roof. Lisa spent the first two hours of her morning—her first free day in a month—thinking about how God is always punishing her and the universe is against her. All she wanted was to lay outside on a blanket. Was that too much to ask? Obviously.

Analysis: Lisa’s victim mentality is a kind of negative narcissism. That is, a belief that the universe and other people’s behavior revolves around her. Everything happens for, against, and in relation to her. She believes that God and other people share a primary intention to punish her.

How to Break Away From Victimhood

There are many things you can do to change your own victim mentality. You can also suggest these approaches to the perpetual victim in your life.

1. Take responsibility for your own needs and wants. Determine what you want and what’s important to you. Name it and do what you need to make it happen—for yourself. Don’t waste time blaming those who don’t want the same things you do, and don’t wait for them to come on board or help you. Get busy taking care of what’s important to you and leave others out of it.

2. Practice saying no. If you don’t want to do something and don’t (realistically) have to do it, just don’t do it. Remember that you’re allowed to have needs, just like other people.

3. Stop blaming. When you hear yourself blaming, whether it’s other people, the world, life, or whomever, say “stop” to yourself out loud, and actually turn your attention away from the blaming thoughts.

4. Find the root of your sense of powerlessness. Before you construct the next narrative on who’s stealing your power, get curious about the underlying feelings of powerlessness that precede all situations.

5. Be kind to yourself. When you’re blaming the universe and life for your suffering, you’re not actually helping yourself feel better. By claiming the victim role, you are intensifying your pain. With the victim identity in play, you’re not only suffering because of whatever happened, you’ve now added the thought that you’re cursed, that life and everyone are out to get you, and that the universe hates you. (Feel better?)

6. Turn your focus to helping others. When you wallow in victim mentality, the whole world is about you and your pain. Instead, acknowledge your suffering with kindness and then consider how you can help others. As counterintuitive as it may be, the more you feel deprived, the more you need to give. Offering kindness is the surest antidote to “poor me.”

7. Practice gratitude. The victim mentality focuses on your suffering and what you’re not getting. Try flipping your perspective and focusing on one thing that matters to you, that you do enjoy and that you do get to have. Shift your attention from what you’re missing to what you have.

8. Find ways to change the situation. When you feel like a victim, you convince yourself that you can’t change your circumstances. But that’s almost never true. Get busy with how you can try to improve the situation, even if it feels impossible.

9. Practice empathic listening. When listening to other people, try listening with the intention of feeling what they’re saying from their hearts. Stop focusing on what you need to do about what they’re saying, what you think about it, or anything else that has to do with you. Listen as if you were “all ears,” without the rest of you getting in the way.

10. Practice forgiveness. When you play the role of a victim, you’re deciding to hold onto bitterness and anger; the certainty that you’ve been wronged—regardless of what the other’s intention may have been. Instead of poisoning your own experience with resentful thoughts, try practicing compassion, and understanding the other person involved. Start a new habit—make dropping resentment and trying out forgiveness a daily practice.

It’s no fun to live as a victim or with a victim. The good news is that with awareness, a desire to change, and new habits, you can outgrow the victim mentality. A life lived with gratitude and kindness is far better than a life lived with resentment and bitterness at the short end of God’s stick. How the universe and other people feel about you is, in fact, for you to choose.