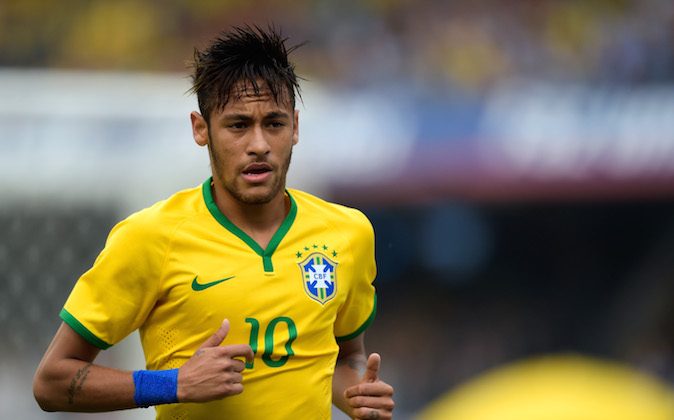 Neymar of Brazil in action during the International Friendly Match between Brazil and Serbia at Morumbi Stadium on June 06, 2014 in Sao Paulo, Brazil. (Buda Mendes/Getty Images)
Soccer

The game will kick-off at 4:00 p.m. EDT at Arena Corinthians in Sao Paulo.

Brazil will be expected to beat Croatia in their World Cup opener, but they will probably not find the going easy.

A Seleção will look for the first goal to put some pressure on the Croats, but they will find the going tough against Croatia’s goalkeeper Pletikosa.

The 35-year-old was fantastic when the two sides met in the 2006 World Cup. Despite boasting a strike force of Ronaldo, Kaka, Adriano and Ronaldinho, only Kaka could find his way past the goalie.

However, that was 8 years ago, and now, Pletikosa has to come up against the likes of Neymar, Hulk, and Fred. Brazil might just have too much fire power this time for a shaky Croatian defense to halt.

At the other end of the pitch, Croat striker Ivan Rakitić has had an excellent season with La Liga side Sevilla, but the impressive central defensive pairing of David Luiz and Thiago Silva should be able to keep Rakitić quiet.