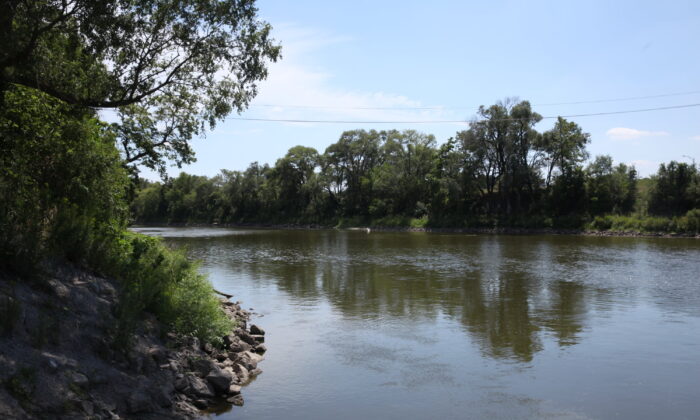 OMAHA, Neb.—A child likely died from a rare infection caused by a brain-eating amoeba after swimming in an eastern Nebraska river, health officials said, making it the second such probable death in the Midwest this summer.

The Douglas County Department of Health based in Omaha, Nebraska, reported Wednesday that doctors believe the child died of primary amebic meningoencephalitis, a usually fatal infection caused by the naegleria fowleri amoeba. Health officials believe the child came into contact with the amoeba on Sunday while swimming in the Elkhorn River just west of Omaha.

Officials have not released the child’s identity.

Last month, a Missouri resident died of the same infection likely caused by the amoeba at Lake of Three Fires in southwestern Iowa. Iowa officials closed the lake’s beach as a precaution for nearly three weeks.

People are usually infected when water containing the amoeba enters the body through the nose while swimming or diving into lakes and rivers. Other sources have been documented, including tainted tap water in a Houston-area city in 2020. Symptoms include fever, headache, nausea, or vomiting, progressing to a stiff neck, loss of balance, hallucinations, and seizures.

The Centers for Disease Control and Prevention (CDC) says naegleria fowleri infections are rare—there are about three cases in the United States every year—but that those infections are overwhelmingly fatal.

Health officials recommend that freshwater swimmers plug their noses, avoid putting their heads underwater and avoid activities such as water skiing and tubing, which could force water into the nose, eyes or mouth. You cannot be infected by drinking contaminated water.