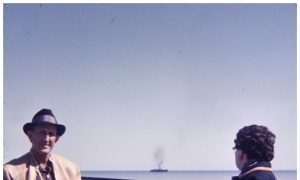 How to Be a Better Wife: Focus on the Positive
0
Share Now
TelegramFacebookTweetEmailTellMeWeReddit
Copy Link 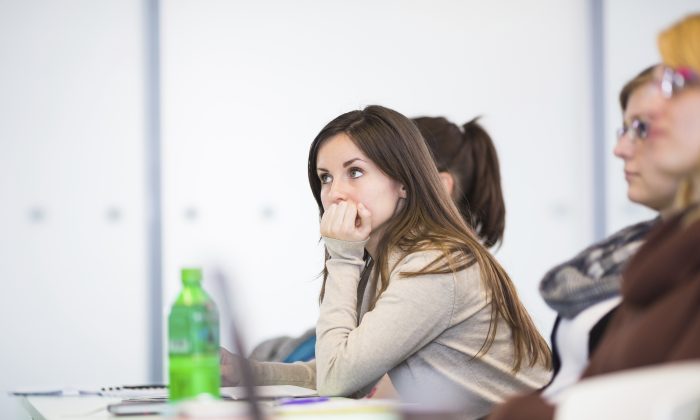 Brain Connections Predict How Well You Can Pay Attention

During a 1959 television appearance, Jack Kerouac was asked how long it took him to write his novel “On The Road.” His response—three weeks—amazed the interviewer and ignited an enduring myth that the book was composed in a marathon of nonstop typing.

Like the Kerouac of legend, some people possess the incredible ability to focus for long periods of time. Others constantly struggle to keep their minds on task. Individuals diagnosed with attention deficit hyperactivity disorder (ADHD), for example, are often restless and easily distracted. Even people without ADHD may find their minds wandering while trying to concentrate at school or work.

Although the ability to sustain attention varies widely from person to person, characterizing these individual differences has been difficult. Unlike intelligence, which has traditionally been measured (though not without controversy) with pencil-and-paper IQ tests, attentional abilities are not captured by performance on a single test.

In a study recently published in Nature Neuroscience, my colleagues and I set out to identify a new way to measure attention. Like IQ, this measure would serve as a general summary of a complex cognitive ability. But unlike IQ, it would be based on a person’s unique pattern of brain connectivity—that is, synchronous activity observed across distinct parts of their brain. We previously showed that every person’s pattern of brain connectivity is unique—like a fingerprint—and predicts fluid intelligence, or the ability to solve problems in novel situations. Do unique patterns of brain connectivity predict attention, too?

How You’re Connected Predicts Your Focus

First we asked 25 volunteers to perform a task while an MRI scanner measured their brain activity. Their instructions were simple: Watch a stream of images and press a button when you see cities, but don’t press when you see mountains. Most of the pictures were of cities, with the occasional mountain thrown in unpredictably. It was challenging to maintain focus on the task, which lasted more than 30 minutes. Some people performed very well. But others made frequent errors—either failing to click for a city, or pressing for a mountain by mistake.

Could we relate participants’s accuracy to their patterns of brain connectivity while they responded to the city and mountain pictures? To analyze the brain data, we first divided each person’s brain into 268 distinct regions, a number previously shown to characterize brain function well.

Calculating the functional connections between every pair of regions gave us individual connectivity profiles for each participant in the study. Among these thousands of connections (every person’s connectivity profile contained 35,778!), we identified several hundred that were related to performance on our task—some connections were stronger in people who performed more accurately on the task, and some were stronger in people who performed less accurately.

After careful statistical analysis, we found we could predict how well each subject performed on the task from the strength of his or her functional connections alone. The predictions weren’t perfect, but they were significantly better than a random guess.

What a Resting Brain Can Predict About Attention

Although it was exciting to see that patterns of brain connectivity could be used to predict attention, we had looked only at data collected during the actual task performance. Our brain activity measurement was just a more complicated, less accurate way to assess performance than the button presses themselves. Why involve the brain data at all?

To be useful, our measure needed to predict attention from brain activity in someone who wasn’t taking an attention test.

For example, what if a person were unable to perform the test for some reason, or we didn’t know the right questions to ask, or we didn’t have time to test them on exactly what we wanted to measure? In such cases, it would be valuable to be able to extract information about a person’s attentional abilities from brain data measured while they were not doing any task at all.

To see whether or not a resting brain carries information about attention, we calculated another set of individual connectivity profiles for each of our participants using data collected while they were simply relaxing in the scanner. Using the same procedure as before, we were again able to predict performance on the attention task. Our predictions were not as accurate as the ones we’d made using brain data collected during task performance, but they were still significantly better than a random guess.

Using any person’s resting connectivity profile—even someone who has never performed any attention task, and never will—we can predict how they would hypothetically perform on the cities and mountains task.

Were our results specific to the group of individuals we had tested and the cities/mountains task we’d used, or could they tell us something meaningful about sustained attention in general?

To test this question, we used data from 113 children and adolescents provided by Peking University as part of The ADHD-200 Sample. Some of these children had an official diagnosis of ADHD, with varying degrees of symptom severity. Even some without the diagnosis showed subtle signs of attention problems. For each child—both those with and without the diagnosis—clinicians had arrived at an “ADHD score” on a scale of 18–72 indicating how severe that child’s attention deficit symptoms were. Children in our data set had scores ranging from 18–65.

Using brain connectivity profiles calculated while the children were resting in an MRI scanner, we found that the same functional connections that predicted performance of our adults in New Haven predicted ADHD scores of the children scanned in Beijing. Our statistical models predicted that, if they were given the cities/mountains task, children with few symptoms of ADHD would perform well and children with more symptoms would struggle.

So spontaneous fluctuations in brain activity while individuals are simply resting can predict their ADHD symptoms.

Does this mean that a scientist can put you in a brain scanner and discover how well you pay attention to things? In some sense, yes. Your connectivity profile carries information unique to you, including your attentional abilities.

It’s important to acknowledge that traits like attention and intelligence are multifaceted, so reducing a person’s overall functioning to a single measure risks oversimplification. But measures that summarize a complex process, like IQ for intelligence or gross domestic product for the economy, do provide valuable information. For example, such a measure may help researchers track changes in abilities over time, and may one day help clinicians identify children most likely to benefit from attention training or personalized learning.

One additional benefit of this approach is that, just as multiple biomarkers can be extracted from a single blood sample, multiple predictions can be made from a single connectivity profile. Different connections may tell us different things about an individual. For example, we found that the brain networks that predict ADHD symptoms do not predict IQ, but our group has identified other networks that do predict intelligence.

There’s still a long way to go to before brain connectivity becomes for attention what IQ is for intelligence. But these methods show promise for predicting a wide variety of traits and illuminating the relationship between brain and behavior. Perhaps in the future, a better understanding of the relationship between brain connectivity and attention could be used to inform cognitive training—maybe helping transform all of us into the Kerouac of legend.

Monica Rosenberg is a Ph.D. candidate in psychology at Yale University. This article was previously published on TheConversation.com