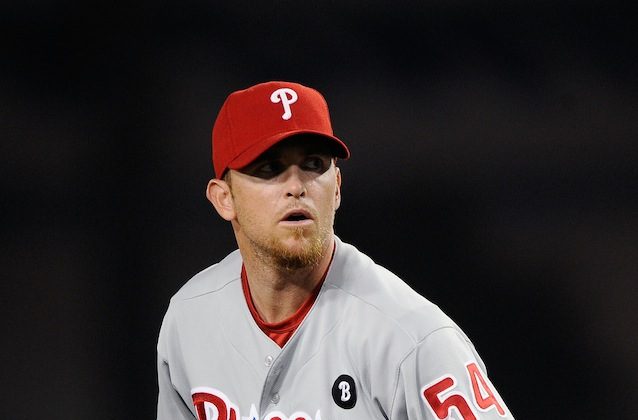 Brad Lidge comes to Washington after a total of 10 years in Philadelphia and Houston. (Kevork Djansezian/Getty Images)
Baseball

Former Phillies and Astros closer Brad Lidge signed a one-year deal Wednesday with the Washington Nationals worth $1 million, according to a report on the Nationals website.

“I think the Nationals are a team that is very close to being a playoff-caliber team. To me, it was a great fit. I really enjoy playing in Washington. Besides that, it’s a team that is going in the right direction. I think that is pretty obvious.”

Lidge, 35, spent the last four seasons in Philadelphia and was the team’s primary closer for three of them. His best season came in 2008 when he saved 41 games for the World Series-winning Phillies.