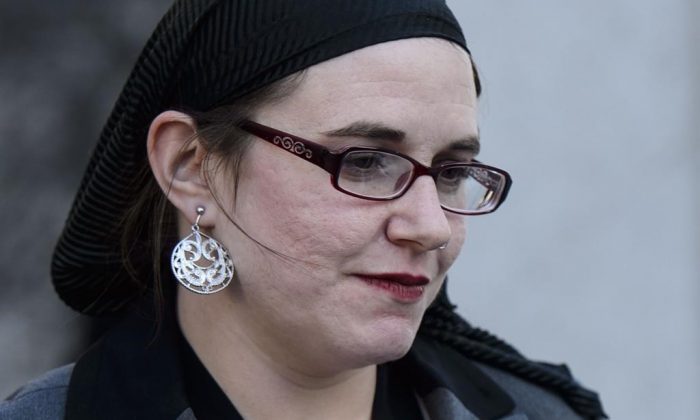 OTTAWA—Former Afghanistan hostage Caitlan Coleman lied this week when she testified in her estranged husband’s criminal trial she got approval from her lawyers to talk the media, defence lawyer Lawrence Greenspon said in court Thursday.

Coleman’s husband Joshua Boyle, 35, faces 19 charges, including sexual assault, assault, and unlawful confinement, for acts he allegedly committed after the couple was freed following five years as hostages of Taliban-linked extremists in Afghanistan.

Coleman, 33, was under cross-examination at the trial Wednesday when Greenspon asked her about interviews she gave to ABC News, CBC News, and the Washington Post in April and May. Coleman alleges Boyle repeatedly hit her, spanked her, choked her, and bit her both in captivity and after moving to Ottawa following their release in October 2017.

Greenspon said Coleman’s interviews during a pause in the trial showed clear disregard for an order given by Judge Peter Doody on April 3 that she was not to discuss any of the evidence she was giving with any witness or potential witness.

Coleman, who was testifying via a video link, told him she only gave limited information that did not include anything about the alleged criminal acts that are the subject of the charges against Boyle. And she said she only did the interviews after she checked with her family and lawyers to make sure it was allowed.

The comment threw the trial off its tracks, as the lawyers began arguing about whether Coleman had waived her right to confidential protection for discussions with her lawyers by testifying about them. If the judge decides that she did waive that right, Greenspon would be able to call Coleman’s lawyers as witnesses to ask them what they told her.

Greenspon said Thursday he does not believe Coleman actually was told by her lawyers that it was OK to do the interviews.

“It would be my submission that no competent lawyer would provide that advice to Ms. Coleman,” he said.

Coleman’s credibility as a witness is central to the defence’s assertion that she is inserting evidence into accounts of consensual sexual acts that occurred between her and Boyle, to make them appear non-consensual.

Much of the trial Thursday was dedicated to arguments about solicitor-client privilege but Doody reserved his decision on that matter.

He said he would give no comment or opinion on whether Coleman had breached the order he gave her in April, but said the question about what legal advice she received about the media interviews is relevant to the case because it goes to her credibility.

Crown attorney Meaghan Cunningham told Doody she did not feel that there was enough information on the record for anyone to make any assertion about Coleman’s credibility.

The trial is to continue Friday with testimony from Coleman’s mother, Lyn Coleman. Caitlan Coleman will not return to the stand to finish her cross-examination until later this month.