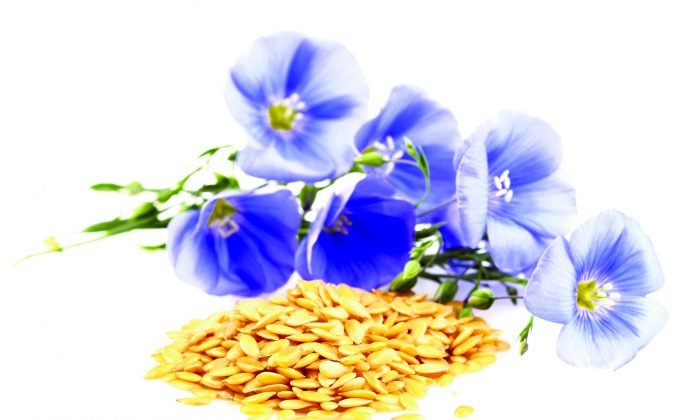 If you live in a hot dry climate or just suffer from dry skin at certain times of the year, then you should do as many desert dwelling cultures have and apply the raw oil to your skin to prevent dehydration. (Anton Ignatenco/Photos.com)
Fitness & Nutrition

Bounce Back With Linseed

Probably the most beneficial and widely unknown use of linseed (flax) as a household medicine is the external application of the raw oil to any area where ligaments have been torn, cut, or strained, and even where they are too tight or loose. A small amount daily, massaged in thoroughly is all that is required. Too much and you will be left with oily stains on clothing.

When applied in this way linseed oil has the effect of toning and lubricating the affected tendons and ligament tissue.

If you are an office worker with repetitive strain in the wrists, or if you have recently twisted your ankle while out for your morning jog, or you are recovering from surgery or any accident that has resulted in damaged or cut tendons, then linseed oil applied every day can gradually soften and restore flexibility to tendons and ligaments. It should be a permanent fixture in your training bag if you are the type of person who is constantly pushing your body to its physical limits.

If you live in a hot dry climate or just suffer from dry skin at certain times of the year, then you should do as many desert dwelling cultures have and apply the raw oil to your skin to prevent dehydration. In ancient Egypt, linseed oil was used as an additive to preserve the paints that decorated the walls of the ancient tombs and temples. It can do the same thing for your skin, and when regularly applied it will help to prevent dehydration, and yes, prevent the formation of wrinkles!

Linseed oil is not an instant fix, nor does it have anti-inflammatory or warming properties, but if it is used regularly, it can in time restore elasticity to tendons, ligaments, and skin.

A tea brewed from the crushed seeds is helpful in cases of constipation if a dry bowel is the cause. The oil content along with other waxy and resinous substances that are present in the crushed seeds is sufficient to line and lubricate the intestinal tract. The seeds are readily available from health food stores. To prepare the tea just lightly bruise the brown outer cover of the seed and brew as you would any other tea.

Linseed meal has a nutty and slightly bitter flavor. It is sold on its own or sometimes included as an ingredient in muesli mixes, and can also be used as a healthy additive to flour. The seeds are high in vegetable protein, which is very helpful if you are vegetarian. It is also high in lecithin and other phosphorous compounds. Acetic acid is present, which has a stimulatory effect on enzymes and a balancing effect on blood viscosity.

The cultivation of linseed goes so far back into antiquity that it is unknown exactly where this plant originated. Educated guesses place its point of origin in Egypt or Central Asia. Its use was certainly well recorded by the ancient Egyptians, who set aside large tracts of land for its cultivation near the ancient city of Thebes. These fields of linseed produced all manner of essential products for that civilization, including medicine, cosmetics, fine linens for the noble class, as well as bandages for the process of mummification.

It was also important to the ancient Greek and Roman civilizations. The Roman author, naturalist, and military commander Pliny the Elder writes of linseed, “What department is there to be found of active life in which flax is not employed?”

In Teutonic mythology linseed was held to be under the protection of the Goddess Hulda, who was said to have first taught mortals the art of growing, spinning, and weaving it.

Remember to only eat the crushed linseed meal, not the whole seeds. Refined and cold pressed linseed oil can be added to other oils for cooking and salad dressings. Raw linseed oil should only be used externally.