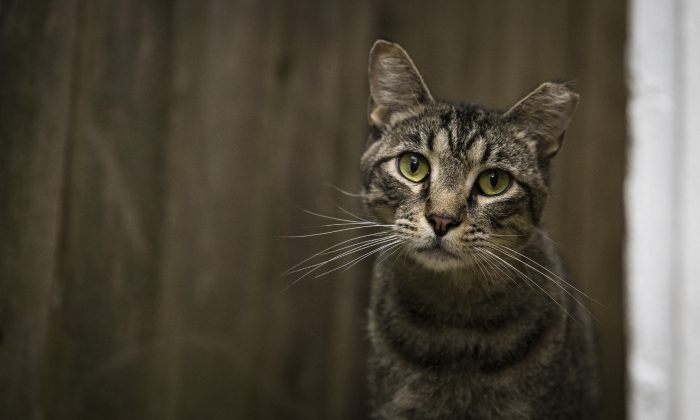 Bond Between Humans and Animals Manifests in Mysterious Ways

The strange but true story of what happened in my house after my cat’s death is one of many that point to a deep bond between animals and humans. The emotional, even spiritual, connection between humans and animals reveals itself in surprising ways.

The death of our cat, Persephone, was hard for our family, but the person most broken up was my 12-year-old daughter, Gabrielle. She loved Persephone as much as anyone, had grown up with her, and the two often slept together on my daughter’s bed.

In that bed was kept another constant companion, “Daddy Hoo Hoo,” her stuffed gorilla. Daddy Hoo Hoo (a.k.a. DDHH) was about Persephone’s size and, also like our kitty, furry and black. Gabrielle had grabbed DDHH for comfort when I’d begun to bury Persephone and kept hold of him as we said a prayer in loving memory of our feline friend. Later, she went to bed and took DDHH with her.

The following morning, DDHH was apparently no longer in Gabrielle’s bed. We thought he might have fallen out (a common occurrence) but there was no sign of him on the floor, in the bed sheets, between the bed and the wall, or anywhere else in our daughter’s room.

Over the next 5 days, my wife made it a point to scour the house in search of the missing gorilla. Gabrielle tried to remember where else she might conceivably have left him, and we checked out all those places. Not a trace.

Several nights later, my wife was consoling Gabrielle at bedtime. She remarked that perhaps DDHH had accompanied Persephone to wherever it is she was bound. Gabrielle appeared sympathetic to the storyline but made it clear, “I need him here with me.”

The next morning, I went into our daughter’s room to wake her for camp. I sat down on her bed and, once she’d awoken, noticed a stuffed gorilla on the floor just by my foot. “Daddy Hoo Hoo!” she exclaimed.

This seems truly bizarre because one of us would surely have seen the gorilla in a spot as obvious as next to the bed.

In thinking about this, I’m reminded of a term from parapsychology, “apports.” These are household objects said to disappear and reappear literally out of thin air in at least some poltergeist cases. Apports have a symbolic or emotional meaning for the people involved.

In our case, while no poltergeist was present, perhaps DDHH symbolized Persephone—so that his absence was a synonym for her absence, and only after Gabrielle made clear she needed him back did he reappear.

One of the few people I shared the story with at the time is veterinarian Michael Fox, author of the nationally syndicated column “The Animal Doctor.” Dr. Fox related his concept of the empathosphere, which he proposes to be “a universal realm of feeling that can transcend both space and time.”

Do Animals Feel More Intensely Than We Do?

The seemingly miraculous accounts of pets who traverse long distances to reunite with their owners he attributes to the empathosphere, suggesting that animals are more empathic than people and partake of this natural realm of feeling more readily than human beings.

Dr. Fox’s belief that other mammals feel things more intensely than we do is supported by a growing number of researchers.

As I discussed in my article “Do Animals Feel More Intensely Than We Do?” other mammals likely possess a purer form of awareness given that they don’t filter their experiences though language, with all the cogitation to which language lends itself. Whereas animals are likely to feel everything “closer to the bone” (undiluted excitement, fright, alarm, affection, contentment, boredom, annoyance), we humans—at least the adults—are apt to explain our feelings to ourselves or discount them in the course of business or within polite society.

The empathosphere has counterparts in other terms. Telesomatic is a term coined by psychiatrist Berthold Swartz (and popularized by author Larry Dossey). It refers to spontaneously feeling the pain of a loved one at a distance, without the conscious knowledge that the other person is suffering. The psychesphere is a parallel concept of Bernard Beitman, a psychiatrist at the University of Virginia. He conceives of the psychesphere as “something like our atmosphere—around us and in dynamic flux with us. We breathe in oxygen and nitrogen and water vapors, and we breathe out carbon dioxide, nitrogen, and more water vapors … Our thoughts and emotions contribute to the psychesphere and our thoughts and emotions are influenced by it.”

As Dossey points out, telesomatic events “almost always take place between people who share empathic, loving bonds—parents and children, spouses, siblings, lovers.” These experiences arise wholly unexpected; when they do, they can shake even a die-hard skeptic to the core.

Such an example was offered recently by the author Michael Shermer, whose worldview (expressed in such books as “Why People Believe Weird Things”) leaves no room for the anomalous. An experience described by Shermer in his Scientific American article “Anomalous Events That Can Shake One’s Skepticism to the Core,” is so bizarre that it could only be chalked up to sheer one-in-a-million chance were it not for its conjunction with deep emotion.

In a nutshell, this is what transpired. Shortly after saying their wedding vows, Shermer and his new wife, Jennifer, walked to the back of their house to be alone for a few minutes. They heard a love song wafting through the air but had no idea where it could be coming from. The source turned out to be a 1970s transistor radio owned by Jennifer’s deceased grandfather, her closest father figure growing up in Germany.

On this, her wedding day, “being 9,000 kilometers from family, friends and home, Jennifer was feeling amiss and lonely. She wished her grandfather were there to give her away.” Unaccountably, this ancient radio that Shermer had not been able to fix sprang to life from the back of a desk drawer. It worked on their wedding night, but never worked again thereafter.

As Shermer wrote: “The eerie conjunction of these deeply evocative events gave [Jennifer] the distinct feeling that her grandfather was there and that the music was his gift of approval … I have to admit, it rocked me back on my heels … I savored the experience more than the explanation.” Feeling stupefied is the most genuine reaction one can have in a situation like this. It’s exactly what my wife and I felt when my daughter’s stuffed animal reappeared on the floor by her bed. That both these experiences took place in the wake of profound feelings and passages I take to be more than coincidental.

Furthermore, there’s good reason to suppose that animals play as much a role in the empathosphere or psychesphere as human beings. All mammals are remarkably similar emotionally. What our family members felt for Persephone—and what she felt for us—is at the core of what all mammals (and perhaps other sentient creatures) have in common. The feelings that flow within us, I contend, connect us to one another in ways both tangible and intangible.

Michael Jawer has been investigating the mind–body basis of personality and health for the past 15 years. His articles and papers have appeared in Spirituality & Health, Explore: The Journal of Journal of Science and Healing, Noetic Now, and Science & Consciousness Review. Jawer has spoken before the American Psychological Association and been interviewed by multiple publications. His latest book, written with Marc Micozzi, M.D., Ph.D., is “Your Emotional Type.” Its website is www.youremotionaltype.com. His previous book is titled “The Spiritual Anatomy of Emotion,” its website is EmotionGateway.com. Jawer can be reached at mjawer@emotiongateway.com