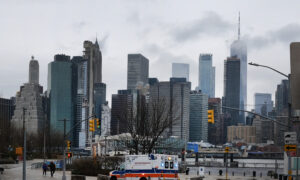 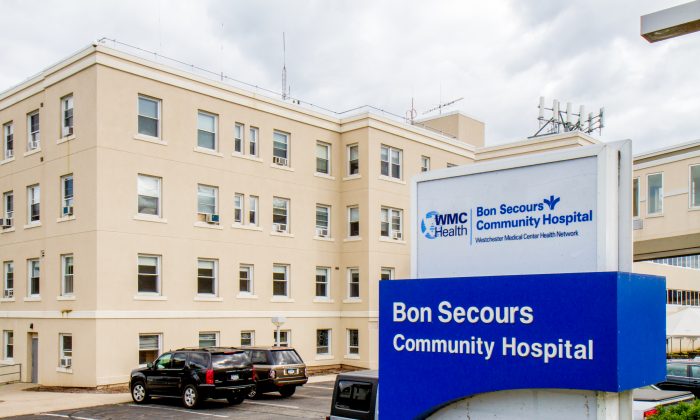 PORT JERVIS—More private rooms, a new community wellness center, a revamped diagnostic imaging unit, and a new pharmacy are just some of the changes planned for Bon Secours Community Hospital in Port Jervis as it transforms into what it is calling a “medical village” focused on providing more preventative health care.

Bon Secours came up with the idea after feedback from focus groups led them to believe the 40,000 plus people they serve in the tri-state area wanted more specialty services and primary care.

“One of the challenges that we’ve had through the years is trying to recruit and maintain primary and specialty care services in the community,” said Dr. Mary Leahy, the CEO of Bon Secours Charity Health System.

To this end, the hospital will be using telehealth, two-way video cameras that allow patients to communicate with specialists in Westchester Medical Health Network’s other hospitals. The hospital hopes to roll out telehealth carts in the next few months, and permanent telehealth systems after the renovations are complete.

Blueprints laid out during a Sept. 6 press conference show a revamped lobby and a new entrance for outpatient services, seven more treatment areas (curtained bays or separate rooms) in the Emergency Department, an expanded rehabilitation center, and an upgraded inpatient bariatric unit.

The community wellness center will have a conference room and offer services like blood pressure testing and Body Mass Index (BMI) monitoring, as well as programming like cooking workshops and exercise classes.

The renovations were made possible by a $24.5 million grant given by the state in March for the hospital to implement its plan, and Westchester Medical Center Health Network, which became a partner with the hospital last May and has agreed to fund the rest of the construction costs, estimated at $20 million.

“It’ll be changed between now and the end [though],” said Michael Israel, CEO of Westchester Medical Center Health Network confidently. “Could it get bigger? Yeah, it could get bigger. Will it get smaller? No.”

He said they have committed to funding the renovations whatever the final amount may be.

The plan calls for renovation of the existing facilities on E. Main St., although expansion is not out of the question, Leahy said.

“We have other plans, perhaps even further down the road, but right now we’ll stay within the confines of the hospital and the properties that we already own,” she said.

By shifting departments around and utilizing extra space they have on their third floor, they say they can expand their services without expanding their footprint.

Chief Operating Officer of Bon Secours Charity Health System, Patrick Schmincke, said there would not be any services cut as a result of the change, just more added.

The construction is slated to start in May of 2017 and finish by 2019, roughly 22 months, hospital officials estimate.

When asked about inconvenience to staff and patients during that time, Leahy said they might have to move people around during the construction, “but I don’t really see any disruption of services at all.”