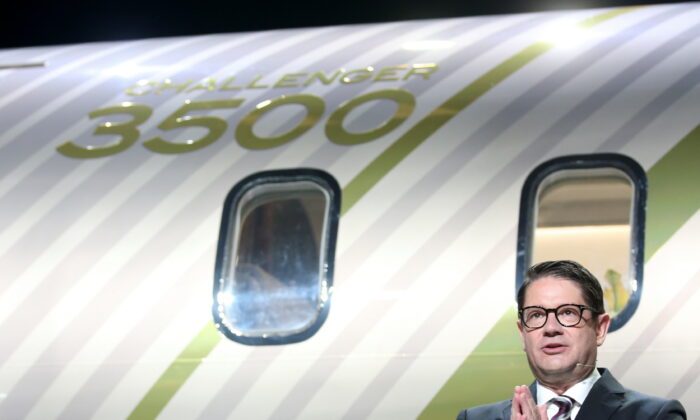 Bombardier Inc said on Thursday that it had received a firm order worth $534 million for 20 units of an upgraded variant of its Challenger 350 aircraft, marking its biggest business jet deal this year.

The refreshed jet, named Challenger 3500, was launched earlier this month as Bombardier vies to protect its dominant share of the market and capitalize on higher demand for private flying during the pandemic.

Bombardier, which has focused on paying down debt after facing a cash crunch in 2015, is under constant pressure to upgrade its expensive business jets in a market where wealthy buyers demand the latest features.

The Challenger 3500 seats up to 10 passengers and comes with voice-controlled cabin systems for a number of functions like lighting and multimedia. It is also equipped with a smaller version of the chaise lounge seats found on the flagship Global 7500.

The company did not disclose the name of the buyer.