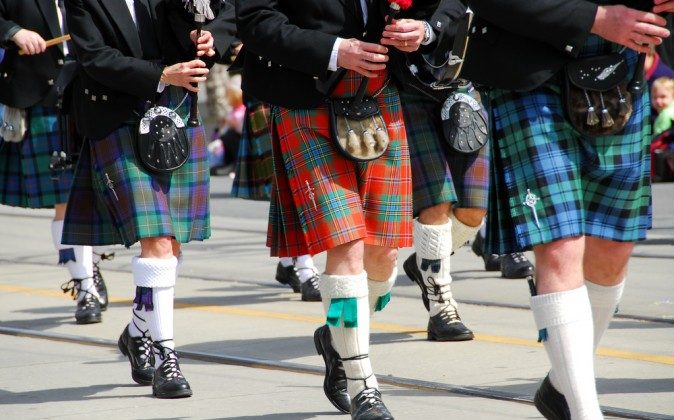 A report from the University of Aberdeen in Scotland may make prospective brides who want to be mothers take a second look at their husbands-to-be before saying “I do.”

Scottish researchers have repeated what we already knew—that obesity often leads to heart disease, diabetes, hypertension, and a variety of other ailments. But, in the highlands and lowlands of Scotland, extra pounds also lead to a low sperm count, now associated with low fertility.

Dr. Ghlyath Shayeb and her colleagues analyzed the sperm of over 5,000 Scots and divided the men into several groups according to their body mass. Men with the best body mass had the highest level of normal sperm compared to those who were overweight or outright obese.

How did the skinny Scots fare? Shayeb noted that underweight Scottish males—those with a low body mass—were likely to suffer from the same troubles as overweight males. Not too much and not too little fat is the best formula for more tiger in a man’s sperm tank.

Shayeb’s remarks carried a more ominous warning. She claimed it was hard to find enough thin males in Scotland for the study! Since obese females are also less fertile, there may be fewer and fewer little Scots strolling the highlands wearing kilts in the future. Extra pounds are one way to slow growth of the world’s population, but obviously one of the worst ways to do it.

Professor Neil McClure of Queen’s University, Belfast, said, “Male fitness and health are clearly linked to man’s fertility.” In other words, the fitter the man, the fitter the sperm.

The epidemic of diabetes is also causing havoc with Scottish sperm. Researchers at Belfast University reported that males who were not overweight but suffered from diabetes had twice the rate of DNA damage in sperm as males without this disease. Excess sugar in the blood apparently causes more than obesity, heart attack, and sore backs.

Dr. Jorge Chavarro from Harvard Medical School has added another bad combination. His study showed that overweight males who ate soy-based foods had lower sperm counts. The difference was quite striking. Normal sperm count is between 80 million and 120 million per milliliter. Males eating soy had only 41 million sperm per milliliter.

What men wear also has an effect on the temperature of the male testicles.

We know that the best sperm are produced at a temperature slightly below normal body temperature. An abundance of fat around the testicles could result in increased temperature and the risk of poor sperm. Tight-fitting jockey underwear also increases the temperature. Loose fitting boxer shorts, or no shorts, are preferable.