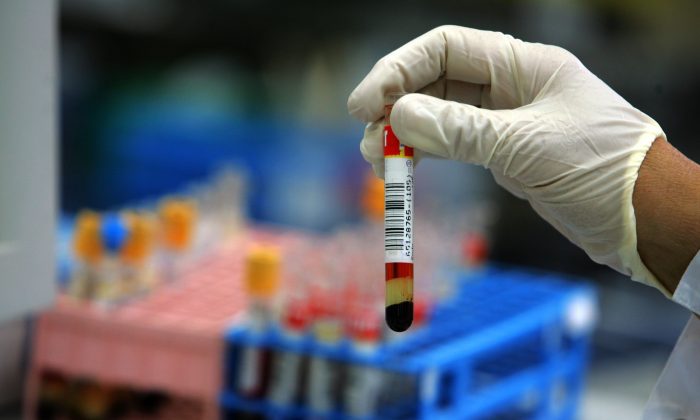 Scientists say a new biomarker that predicts the risk of developing dementia can be detected with a simple blood test—a test they hope will be applicable in clinical practice.

“The blood test will enable an earlier and more focused prevention effort, thus prolonging the onset of the illness and raising the individual’s quality of life,” says Ruth Frikke-Schmidt, assistant clinical and research professor at the University of Copenhagen and consultant physician at Rigshopitalet, Herlev Hospital.

In the study published in the Annals of Neurology, researchers show that a low level of the biomarker apolipoprotein E in the blood increases the risk of developing dementia in the future.

The findings are based on comprehensive studies of the general public—the Herlev-Østerbro Study and the Østerbro Study—which included 76,000 people.

The healthy brain consists of millions of interconnected nerve cells. The brain of a person suffering dementia is very different.

The well-organized, structured coordination of nerve cells is intersected by, among other things, senile plaques that consist of a viscous compound called beta-amyloid.

“Over time, this increased biological knowledge about dementia can constitute a point of departure for the development of new drugs,” adds Frikke-Schmidt.

This article was previously published by University of Copenhagen.  Republished via Futurity.org under Creative Commons License 4.0.