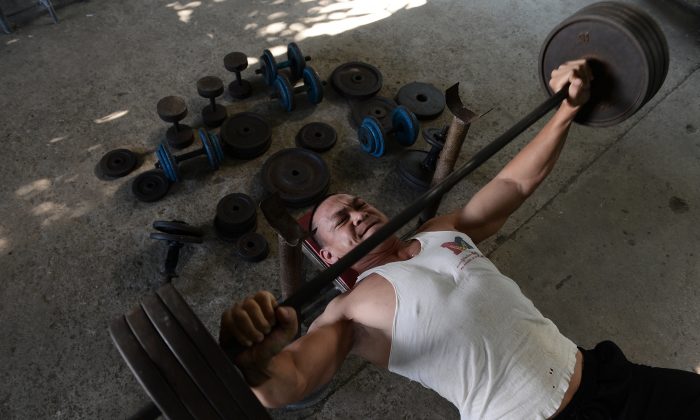 ‘Bigorexia,’ or Muscle Dysmorphia, on the Rise Among Men

“Bigorexia,” officially known as muscle dysmorphia, has been on the upswing among U.S. men–who are trying to bulk up with muscle–in recent years, but doctors are saying that it comes with side effects.

“It takes over your life. Every decision you make becomes the workout and how your body looks. I used to track and weigh every single ounce of food that went in my body. I used to wake up at 3 o’clock in the morning to drink protein shakes. I never missed a workout, ever, ever, ever,” personal trainer Alfonso Moretti told CBS 2.

Moretti said that he was obsessed with getting larger muscles, consuming his life and what he thought about.

“I can remember as young as 13 or 14, looking at some of these muscle magazines, and I was conditioned to think that’s what a man looked like. Big shoulders, big legs, just big muscles with veins everywhere,” Moretti said.

Dr. Michele Kerulis, who heads the sports and health psychology at the Adler School of Professional Psychology, said the impact of such and obsession can be problematic. “We see psychological abnormalities, including irritability, angry outbursts, which sometimes people would call ‘roid rage.’ We see depression sometimes, mania,” she said.

She told ABC: “This obsession can start quickly or it can begin over a period of time. We see psychological abnormalities including irritability, angry outbursts, which sometimes people would call a ‘roid rage,’ we see depression sometimes mania.”

Dr. Selene Parekh told ABC that she has heard of organ failure as a result of an obsession with gaining muscle.

“So individuals who have ‘bigorexia,’ a lot of them tend to use supplements and if you, you overdose on these supplements, without having a balanced diet you can develop kidney and liver failure, and as that happens you may need a liver or kidney transplant or your could eventually die,” she said.

She added that joint and bone damage could also be caused by excessive exercise.