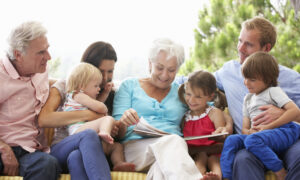 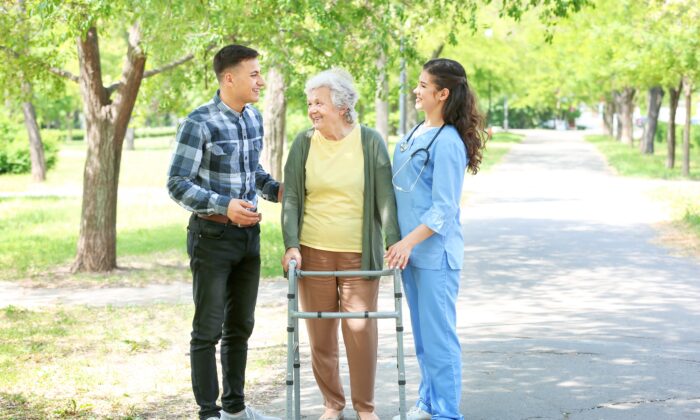 Dementia comes with confusion, trouble walking, and a greater need for social connection. How we design our homes and communities can all help in addressing these issues. (Pixel-Shot/Shutterstock)
Mind & Body

Better-Designed Communities Can Help With the Rising Tide of Dementia

Green spaces, walkable neighborhoods, and life-enhancing buildings call all help in the fight against dementia
By Lesley Palmer
Print

Thirty years ago dementia was less understood and assumed to be a normal part of aging. A condition that affects the memory, dementia can also affect sight, hearing, balance, walking, visual and spatial understanding, navigation and tonal differentiation, and can cause hallucinations.

Today, dementia affects approximately 50 million people worldwide and is predicted to double in 20 years due to an aging population and an increase in awareness and diagnosis. Dementia has become a global issue.

The design of the built environment can have a profound impact on how a person with dementia perceives, experiences, and engages with the places and spaces in which they live. Yet much of the design guidance currently available is underpinned by research undertaken in developed countries.

Research has shown that architects designing for later life are more likely to draw upon presumed needs and experiences of the older person as imagined by themselves, rather than drawing upon the experiences of older people, their families, and care professions—all of whom have personal experience with dementia.

This begs the question of who will lead the global challenge to ensure spaces and buildings support this increase in the prevalence of dementia while retaining all the beauty, joy, and quality of life that good architecture and design can bring.

Dementia design is a non-medical approach to help reduce some of the symptoms associated with dementia, such as agitation, aggression, confusion, incontinence, and visual, spatial, and navigational difficulties.

There is an international consensus that agrees that dementia design should incorporate the following concepts: It should compensate for disability, maximize independence, and enhance self-esteem and confidence. It should also demonstrate care for staff needs, be orientating and understandable, reinforce personal identity, welcome relatives and the local community, and allow control of stimuli—for example, reducing unwanted noises associated with alarm systems.

Dementia design principles came into being in the late 1980s when the development of Confused and Disturbed Elderly (CADE) units in New South Wales, Australia, established a design brief that advocated for specific principles to support those living with dementia. Soon after, the Dementia Services Development Centre (DSDC) was established at the University of Stirling, which became influential in this field.

At the time, leaders in this field called on architects to consider dementia not as a disease, focusing design on spaces that support physical decline, but rather as a disability where the design focus shifts to spaces that can maintain the everyday functions of people living with dementia. The importance of this contrast should not be underestimated. For example, some activities, like socializing, can slow cognitive decline. There has already been a great deal of experience designing housing blocks or townhouses to foster better engagement between neighbors and this can be applied to dementia design.

Developments in dementia research recognize that the condition is not a natural part of aging, but that the risk of developing it increases with age. Alcohol, smoking, cholesterol, and diabetes also increase the risk of dementia, and air pollution has been also identified as impacting brain health.

There is an increasing global interest in the adoption of dementia design principles. Alzheimer’s Disease International has dedicated its World Alzheimer Report 2020 to dementia-related design, and policymakers are working to embed the evidence into environmental guidelines.

There is also a growing call for intergenerational living and dementia design principles are being integrated into age-friendly projects such as retirement living and community buildings.

For the most part, this is encouraging. An age-friendly city could foster healthy and active aging by building and maintaining that capacity across the course of people’s lives. It could support the development of healthy brain function from early years, help people maintain cognition through their later years and support quality-of-life during cognitive decline as people age.

Early proponents of dementia design advocated for dementia to be considered as a disability that required spaces that maintain function. I believe it would also be helpful to recognize dementia as a public health issue and use design to address some of the challenges this brings.

The provision of green spaces, active travel and play, walkable neighborhoods, improved biodiversity, and air quality could all help the fight against dementia.

To fully understand the benefits, there is a pressing need for critical discussion and further research and architectural projects with briefs that challenge designers to address this important global issue.

Acknowledging more than 30 years of dementia design, Stirling University’s Dementia Services Development Centre has launched Architecture for Dementia: 2008-2020—a unique selection of outstanding projects from across the globe. Each one has received a DSDC “Stirling gold” for dementia-friendly buildings.

If there was ever a time to celebrate evidence-based dementia design, it is now.

Lesley Palmer is the chief architect for the Dementia Services Development Centre at the University of Stirling in the UK. This article was first published by The Conversation.