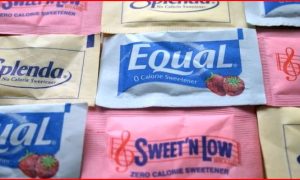 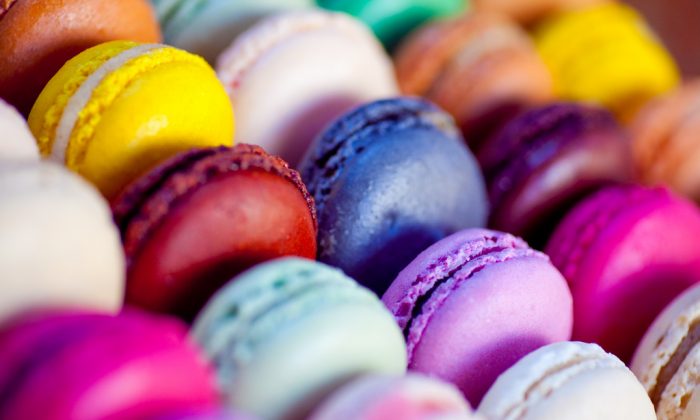 We’ve written about how sugar can seriously ruin your health. From diabetes and obesity to creating cavities and wrinkles, there’s basically nothing good about too much sugar consumption. And it’s easy to over-consume without knowing it: did you know that it’s recommended that women intake only 6 teaspoons of sugar a day, but that’s only about 1/3 a tin of Coke! Given all the hidden sugars in everything from bread and tomato sauce to soups and sushi, it’s no wonder the average woman consumes around 22 teaspoons per day, and this figure (and our figures!) is growing.

Unfortunately … many of us turn to artificial chemical sweeteners like NutraSweet and Truvia.

Unfortunately, to keep expanding waistlines in check, many of us turn to artificial chemical sweeteners like NutraSweet and Truvia, which have both been associated not only with serious health risks including cancer, but also ultimately, with further weight gain.

There are more natural, alternative sweeteners that have become trendy, such as agave syrup and honey, but are these really much better? Both still have quite a high glycemic index (GI), which can spike your blood sugar and lead to insulin imbalances and resistance, which can culminate in diabetes, weight gain, candida (yeast) growth, and mood imbalances, reports Health Perch.  We’ve written about how pure Stevia is an excellent alternative, but this can be hard to find (though you can find it online). Also, it’s not always great for cooking with, and although it’s extremely low in calories, its slightly liquorice flavour isn’t to everyone’s taste.

Move Over Cigarettes! Sugar and Starch Are Also Major Causes of Lung Cancer

Xylitol is another low-cal sugar alternative we like, popular in gum and candy as it has been known to kill plaque and fight cavities. It has also been proven to actually help rebuild eroded tooth enamel. Xylitol has other great benefits as well: it has a lower calorie count than sugar and when digested, it doesn’t raise your blood sugar the way sugar does. As with stevia, it’s good for those on anti-candida diets. But in addition to that, it is the only sweetener that actually fights candida and kills yeast infections. Xylitol is also great sweetener for many baked goods adding a sweetness very similar to sugar, but note that when heated, it melts to a liquid and is unable to caramelise. For best results, we usually combine xylitol with other sweeteners. Xylitol is also unsafe for dogs, so please be careful when using this around your pets!

For those whose sweet tooth is deeply entrenched, here is an infographic that explains what sugar alternatives are out there and compares their benefits.

Arwa Lodhi is lover of all things organic and a freelance  writer for magazines and newspapers in Europe and the Middle East.  This article was originally published on ELuxeMagazine.com. Read the original here.

*Image of “macarons” via julien haler/Flickr/