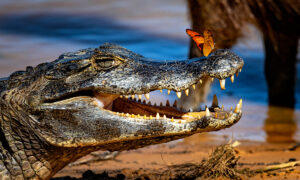 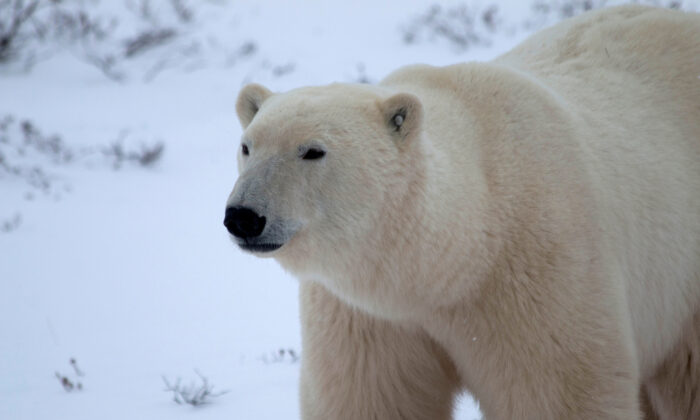 A young male polar bear waits for the sea ice to return in the Churchill Wildlife Management Area, in Manitoba, on Oct. 27, 2020. (Gloria Dickie/Reuters)
Environment

Bertie Gregory on Wildlife Cinematography: Knowledge of the Animal Is Most Important

At just 28 years of age, Bertie Gregory has emerged as a top wildlife filmmaker. But his career didn’t come out of nowhere: years before he was traveling the world, documenting everything from jaguars to polar bears, he was already capturing footage of the nature that was nearest to him.

“As a 13- or 14-year-old, instead of going to football practice or whatever, I would sneak off and jump in the river and try to get close to swans,” said Gregory. “That was a bit odd.”

He soon discovered that his footage could prompt other people to care about what he saw. After winning a competition for young wildlife photographers, he had an opportunity to work with a legend in the field, big cat photographer Steve Winter, on a shoot for National Geographic.

“It was one of those Willy Wonka, right place-right time moments,” Gregory explained. “He offered me a golden ticket.”

Some of Gregory’s favorite shoots have been in the Arctic and the Antarctic.

“I definitely gravitate toward cold places,” he said. In fact, Gregory wants to revisit Antarctica as many times as he can: “Every time I go down there, I feel like I’m better equipped to try and even attempt to do justice to it—because doing justice to it is a seemingly impossible task.”

“I get a massive kick out of being in a real wilderness place, where a human may have never stood,” said Gregory. “To be hundreds of miles or thousands of miles from other people is a pretty humbling experience.”

Humbling and, at times, brutally enlightening. A few years ago, Gregory filmed a very clever group of polar bears in Canada’s remote Hudson Bay. The bears had worked out a way to hunt beluga whales.

At low tide, the bears swim out to some huge rocks in a shallow estuary, where they fall asleep. With the rising tide come the belugas, who have to pass between the rocks. That’s when the bears strike.

“There’s so much foresight and planning involved,” he said. “It makes you realize there’s a lot going on in these animals’ heads that we have no idea about.”

While Gregory’s craft relies on advanced cameras and other equipment, he thinks it is easy to get too focused on technology.

He considers himself a “jack of all trades,” using everything from traditional long lens cameras mounted on tripods to aerial drones.

Improvements to drone technology have opened up new possibilities. With longer-lasting batteries and more powerful lenses, drones now allow wildlife filmmakers such as Gregory to document animal behavior from afar.

“Lots of things around the world have been filmed already, but not with a drone. The moment you put a drone into the mix, suddenly it’s a complete game changer,” said Gregory.

A few years ago, he worked with another wildlife cinematographer, John Shier, to film mountain lions in Torres del Paine National Park, located in southern Chilean Patagonia. While Shier followed the mountain lions on foot, shooting them at ground level, Gregory trailed behind with a drone.

“We always had two angles on this mountain lion,” said Gregory. “I would often see the prey before the mountain lion knew about them.”

“You can really start to get in the head of this mountain lion,” he said, adding that the drone’s-eye-view is not unlike the way sports matches have traditionally been filmed.

“For everyone to get reconnected with the natural world,” he said. “Looking after polar bears and rainforests is more than just a nice thing to do. The natural world provides so many things to us that we take for granted: fresh air, productive soils, and clean water.”

“The natural world is in trouble, and now, more than ever, I’m trying to make sure I shed light on the threats and hopefully the solutions—because no one just wants a depressing wildlife program, they want to see solutions,” he said.