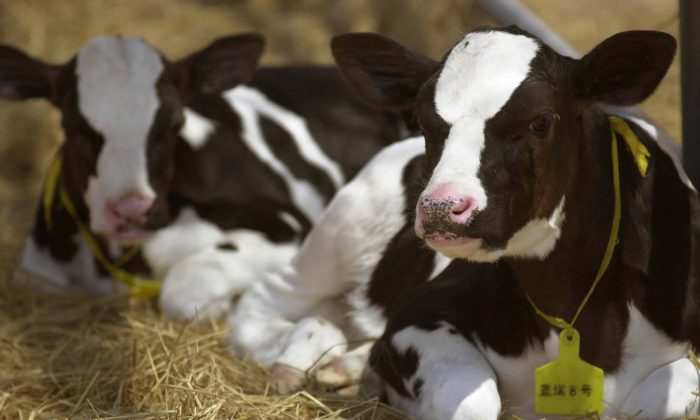 Behind a Chinese Cloning Factory, a Shady Cast

A Chinese biotechnology firm is teaming up with a South Korean company to build the world’s largest animal-cloning factory. And like any good cloning story, this one is rife with controversy: the possibility of bioethically dubious human stem cell research, a fraudulent South Korean researcher, a company with military ties, and a deeply skeptical Chinese citizenry wary of cloned meat.

On Nov. 24, BoyaLife Group, a Chinese biotechnology company that focuses on stem cell research and regenerative medicine, announced the construction of a 200 million yuan ($31 million), 15,000-square-meter cloning facility in the port city of Tianjin, in eastern China, according the state-run China Daily.

Xu Xiaochun, chairman and CEO of BoyaLife, told Chinese media that the factory expects to clone 100,000 Japanese cows when productions begin in the first half of 2016, and later bring that number to a million.

The BoyaLife facility also plans to clone racehorses, sniffer dogs, and even endangered animals to better “serve humanity and nature,” according to The Guardian.

“This is going to change our world and our lives,” Xu said in the interview with The Guardian. “It is going to make our life better. So we are very, very excited about it.”

Hwang Woo-suk, a veterinarian and the head of Sooam Biotech, was once considered the “king of cloning.” But he’s a controversial figure. In 2006, a South Korean court found him guilty of research fraud and ethical lapses for the manner in which he procured human eggs for experiments.

In an interview with South Korea newspaper Dong-A Ilbo in February, Hwang said he collaborate with BoyaLife and an American scientist to work on animal cloning, before moving on to human stem cell research, a branch of science that is ethically controversial.

BoyaLife’s upcoming Tianjin cloning facility is likely the location where the stem cell research work will be undertaken. Hwang mentioned in the interview that this research will be carried out in a laboratory in China to sidestep Korea’s stringent bioethics regulations.

The Chinese biotech company is also connected with the Chinese Communist Party—the Chinese military and a political body. BoyaLife had “participated in the building of cytotherapy centers in General Hospital of Chinese PLA and China Academy of Military Medical Science,” according to information on its English language introduction webpage.

Xu Xiaochun is also a current member of the Chinese People’s Political Consultative Conference, a political advisory body that serves to exhibit the supposedly inclusive nature of one-Party rule in China.

Tianjin, the city in which the factory will be built, currently looms large in the memory of the Chinese public. In August, an apocalyptic blast left a gaping crater at a warehouse holding toxic chemicals in the port area, shattering the windows of apartment buildings half a mile away. Months after the blast, many middle-class Tianjin residents were still seeking fair compensation for their damaged property.

“A disaster larger than the Tianjin blast will befall Tianjin, and present a biochemical crisis for the entire Chinese people,” wrote a plaintive Chinese netizen on the popular Chinese microblogging site Sina Weibo. “Tianjin will have a clone factory next year, and Chinese citizens are in danger of becoming lab rats.”

While Xu Xiaochun says that the cloned cattle his factory would produce will drive down prices of beef in the Chinese market, and is “the tastiest beef” he’s ever had, according to The Guardian, Chinese citizens are more concerned with the safety of the product than its cost.

The U.S. Food and Drug Administration allows cloned meat to be sold in the United States. It’s unclear whether BoyaLife intends to export its beef.

“This cloned beef must be first taste-tested by the Chinese regime’s top leaders and their families. The Chinese people will only have it after a decade!” netizen ZiXuanXiaoWei wrote on Weibo. “Seriously, there’s no hurry. The top people should be given the opportunity to feast on the high-end stuff.”

Chinese citizens have acute concerns about food produced on the mainland, with scandals regularly appearing in the Chinese press about contaminated foods. The most prominent was poisoned baby milk formula in 2008, from a factory based in northern China. Hundreds of thousands of babies were made ill, and at least six died. Now, Chinese buy up milk powder from Australia, Germany, and the autonomous Chinese city of Hong Kong, to buy foreign brands.

One Weibo user, upon seeing the news, remarked: “Time to turn vegetarian.”