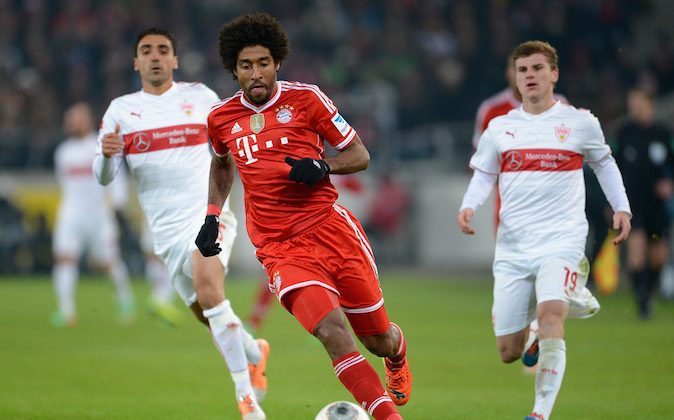 The Bayern Munich vs Stuttgart Bundesliga match is set for Saturday, May 10.

Here is are two AP columns on Bayern Munich and Stuttgart.

Gunning for the Cannon

The race to be Bundesliga top-scorer seems to be down to two players — Dortmund’s Robert Lewandowski and the man he’ll likely replace at Bayern next season, Mario Mandzukic.

Both have 18 goals, two more than Dortmund’s Marco Reus, Nuremberg’s Josip Drmic and Hertha Berlin’s Adrian Ramos, who will replace Lewandowski in Dortmund.

Last year’s winner of the top-scorer “cannon” trophy was Leverkusen’s Stefan Kiessling, currently with 15 goals and about to relinquish his crown with a thigh injury keeping him out against Bremen on Saturday.

Bayern and Dortmund are already assured of first and second place so teammates could be tempted to help their respective strikers score for the last remaining trophy to be won.

Thoughts have already turned to next season with several transfers between clubs already confirmed or about to be.

Stuttgart has already signed Austrian defender Florian Klein despite questions over whether Huub Stevens will remain as coach. The board is also looking at other candidates to the Dutch veteran who saved the side from relegation.

Eintracht Frankfurt definitely needs a new coach with Armin Veh leaving after three seasons, reportedly to take over the Greek national side or return to Stuttgart, which he led to the title in 2007.

Frankfurt is destined for an offseason of change with midfielder Sebastian Rode joining Bayern and Pirmin Schwegler switching to Hoffenheim.

Moenchengladbach may have to plan without influential midfielder Juan Arango, and Dortmund is reportedly tying up defender Matthias Ginter’s move from Freiburg.