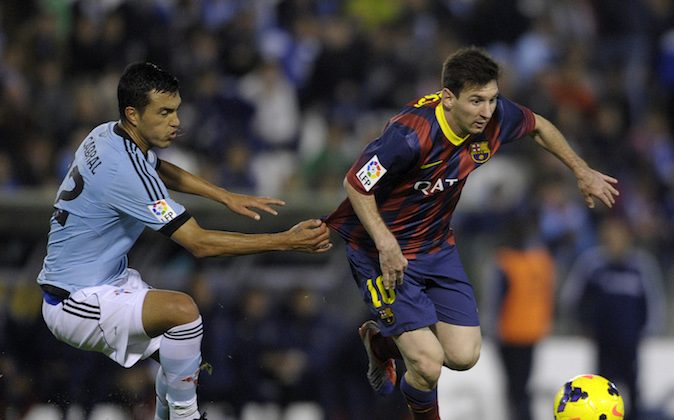 The game will be broadcast on Canal+ Liga/HD and GOL T in Spain.

Lionel Messi’s 26th career hat trick guided Barcelona to victory over Madrid and moved him into second place in Spanish league goals with 236, trailing only Telmo Zarra’s record total of 251.

The Argentina forward became the all-time leader in goals scored in the Barcelona-Madrid rivalry — 21 — and became the first player since Ferenc Puskas in 1963 to score an away hat trick against Madrid.

“We’re close to the leader, now we just have to keep playing this way right up until the last game,” Messi said. “There are few matches left and we can’t afford to commit any more errors.”

So much for Barcelona being on the decline.

While Madrid’s pace and quality of attack did expose the defending champion’s fragile defense, Barcelona once again showed when it relies on its hallmark possession game and the finishing touch of Messi it is hard to beat.

Messi has scored consecutive league hat tricks as Barcelona goes into the final stretch of the season with another morale-boosting victory.

“This team always responds when it needs to, but we need to keep going, we can’t be happy with just this win,” Messi said. “We quickly have to forget about this and look forward.”