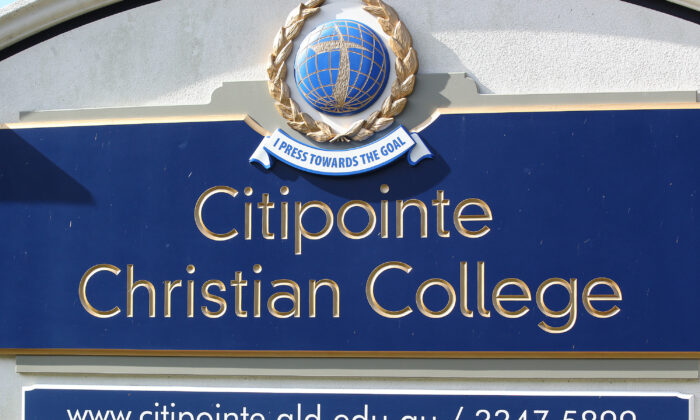 Declared a fundamental human right in international treaties to which Australia is a signatory, the exercise of the right to religious freedom has nonetheless been sorely tested in recent days.

The controversy was provoked by Citipointe Christian College, a Brisbane-based independent school within the Christian Outreach Centre Movement when it asked parents of pupils to agree that their children would identify “as their birth gender” and renounce homosexuality.

The faith-based school decided to exclude gay, lesbian, and transgender students on religious grounds by enforcing a new enrolment contract with parents.

It did this in a bid to enforce an ethos the school claims was based on Christian doctrine, taking literally the biblical teaching that “God created humankind in his image” and that “male and female he created them.”

In some ways, the school’s action should come as no surprise: its website states explicitly that, as part of its mission, the school is committed to developing the lives of students within “the framework of a Biblical worldview.” That sort of phrase is a clear signal that a Christian organisation intends to take a certain stand on issues of human sexuality and gender.

But the controversial decision was ill-judged and attracted a firestorm of criticism—especially from those who said it was a blatant example of discrimination against LGBTQI students.

It also threw fuel onto a long-burning controversy about whether or not religious organisations should be exempt from laws banning discrimination on the basis of sexual orientation and gender.

Eventually, mounting pressure forced the school to back down, withdraw the contract, and the principal to stand down. Prime Minister Scott Morrison also promised that rather than wait for the review of exceptions to the Sex Discrimination Act currently being conducted by the Australian Law Reform Commission, his government’s new Religious Discrimination Bill would now include added protections for gay, lesbian, and transgender students.

This was a headache Morrison didn’t need: a federal election is imminent, and the bill—promised in his 2019 election platform—is already mired in controversy and faces the risk of defeat.

The Citipointe College case has highlighted three key issues in the debate about the exercise of religious freedom.

First, it clearly shows that the right to religious freedom is not an absolute right. Rather, it must always be balanced against the exercise of other rights and freedoms.

Citipointe’s attempt to exercise religious liberty came into sharp conflict not only with the law but also with prevailing social norms regarding claims about human sexuality—and with general community attitudes.

Indeed, many Christians responded vehemently to the school’s action. As the angry community response has shown, the assertion of the right to religious liberty cannot disregard with impunity those legal protections and social norms.

Second, the importance of balancing rights and freedoms cuts both ways. For one can disagree with the position, the school has taken on human sexuality while remaining wholly committed to upholding the freedom a faith-based school is entitled to exercise in defining its mission, purpose, and fundamental convictions according to the religious faith on which it is founded.

Any not-for-profit organisation must be free to express commitment to its foundational values. Environmental organisations do this and are not likely to employ someone who advocates for the use of fossil fuels or nuclear power.

Similarly, a person expressing sympathy for a police force opting for an occasional spot of torture in the course of making its investigations, would be unlikely to obtain a job at Amnesty International.

Clearly, secular organisations are able to do this more easily than faith-based ones—especially if the tenets of that faith run counter to community views. Therefore, this is an important lesson for other faith-based organisations that may wish to ensure their ethos is shaped by their religious beliefs.

However, there is a third issue that goes to the heart of what it means to live in a secular, liberal, and multicultural society. For no matter how discomfiting, it remains the case that many who are hostile to religion find it hard to accept that some religious traditions continue to state that their own teachings and doctrines conflict with contemporary, secular views about sexuality and gender.

“Live and let live” used to be one of the principles of life in Australia that made this country so attractive to millions who lived in countries where totalitarian conformity was imposed—often under the heavy, hob-nailed heel of the jackboot.

We must be wary lest we find the jackboot being worn by those in our own country who refuse to countenance any dissent from the ideologies they seek to impose on others.

The virtue of tolerance risks becoming a notable casualty of the times in which we live.

Gone—or going fast—are the days when we would tolerate the views of those with whom we disagreed. Now we are quick to demand that they tolerate whatever point of view we wish to espouse and to do so without question.

Yet, in a multicultural society such as ours, which comprises people from varied cultural, ethnic, and religious backgrounds, it is inevitable that opinions will differ and the points of view will conflict.

However, if multicultural Australia is to continue as a success story, it is essential that we learn to accept that differences between us exist and are real.

We must also learn to accept that even when we are convinced we are right, others will be just as convinced that we are wrong. Denouncing them will not convince them otherwise.