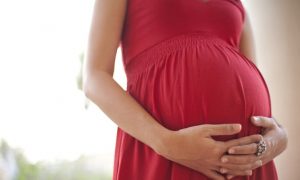 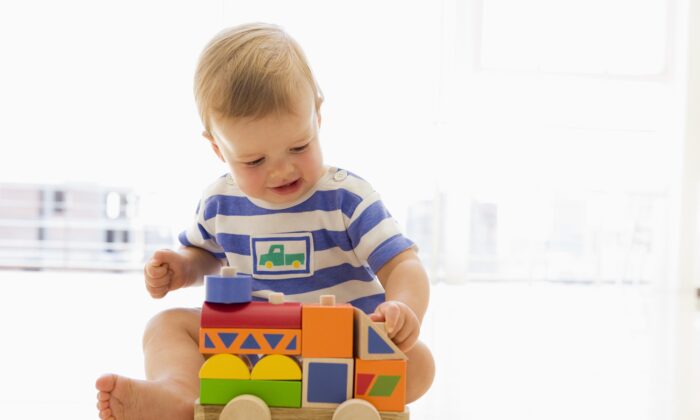 The study found fine motor skills were the most significant developmental difference between babies born via c-section and those born via vaginal delivery. (Monkey Business Images/Shutterstock)
Mind & Body

Fear of pain and misconceptions that cesarean sections are safe for the baby and more convenient are just some of the reasons women may opt to have one. But there are of course risks with having one—and our recently published study found that planned cesarean sections appear to have a negative impact on the baby’s development between four and 12 months of age compared to babies born naturally.

We looked at 66 babies born by planned cesarean section and compared them with 352 babies born vaginally. The babies were enrolled at birth, and the first evaluation of their development was performed at four months. We then followed up when they were 12 months. To understand the impact the delivery method has on the infant’s development, we had parents answer questions using the “ages and stages questionnaire.”

This questionnaire contains 30 questions that score infant development in five areas: communication, fine motor skills, gross motor skills, problem-solving, and personal social ability. So for example, at four months of age, the questionnaire asked parents whether their baby grabs or scratches their clothes, or if the baby looks at the toy when it’s put in their hand. This questionnaire has been shown to have a good correlation with developmental testing performed by medical professionals and is commonly used by both researchers and child health care centers.

We found that babies born via planned cesarean section had poorer scores in all five developmental areas at four months of age. The largest differences were noticed in fine motor skills, while the smallest differences were reported in communication as compared to vaginally born babies. However, at 12 months of age, these differences diminished for all but gross motor skills (such as whether the baby could walk with or without support) which remained better in vaginally born babies.

Our findings are in line with previous research from the United Kingdom, the United States, Sweden, and Australia, which have all shown that children born via planned cesarean section have a small, elevated risk of poor development and/or reduced performance at school age. Other studies have found that babies born by planned cesarean have an increased risk of breathing problems after birth, and an increased risk of childhood obesity, asthma, and diabetes.

But one problem when studying child development is that many factors—such as when the tests were performed, and the mother’s age and weight—can impact the results. In the vaginally born group, the tests were performed two days later at the four months testing, and three days later at the 12 months testing. As such, we had to adjust for this in the study. This reduced the difference between the groups, especially at 12 months.

The mothers who had a cesarean section were also on average 1.9 years older and had a higher body mass index (BMI). But these differences didn’t affect the baby’s development. The relatively small sample size in the cesarean section group was another limitation of the study.

Vaginal birth also seems to program the genes of the baby through the process of DNA‐methylation. DNA-methylation is part of the system which directs which genes are switched “on” in the body, and which are “off.” Researchers don’t yet know why this process doesn’t take place the same way during a cesarean section.

The baby also doesn’t come into contact with the mother’s natural bacterial flora during a cesarean. In recent years it’s been shown that gut bacteria affect development as well as behavior through the so-called “gut-brain axis.”

While our research shows that birth method can affect early brain development, other factors such as genetics, nutrition, and the child’s experiences all have an impact too. Even the timing for planned cesarean sections is crucial. These operations are usually booked 10 to 14 days before the due date so women don’t spontaneously go into labor.

In our study, babies born via cesarean were delivered on average 8.4 days earlier compared to babies born naturally. So the difference in questionnaire scores could be due to earlier delivery. Waiting a few more days before performing a planned cesarean may improve scores. Currently, there’s no consensus among obstetricians on the optimal timing of caesareans. However, one study of 153,730 infants found that development was affected in all children born before week 39—with the effect more pronounced in babies born via cesarean section.

Our study adds to the growing body of evidence highlighting the potential negative effects of non-essential planned caesareans. And though our study was small, these findings do show development differences evident even as early as four months. More research will be needed to confirm if these findings are shown on a larger scale and if any developmental differences persist after 12 months.

Mothers requiring a cesarean for medical reasons shouldn’t worry as these are performed to protect their health and the health of their child. It’s also important to remember that many factors affect development—including nutrition, childhood experiences, and genetics—and are all key in helping babies keep up with others their age.