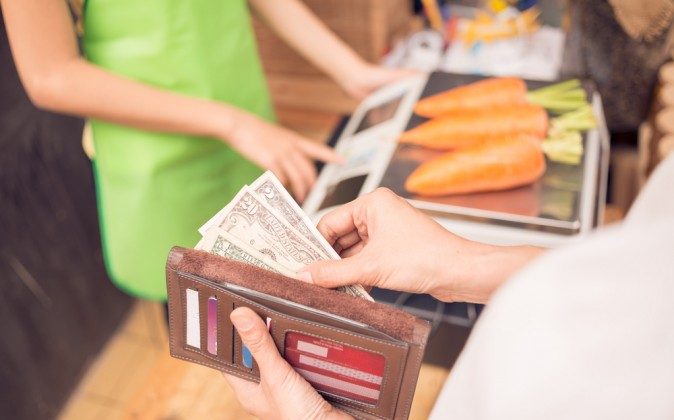 Aversion to GMO Foods Higher Than Ever, and Growing

Most likely led by states like Vermont and others pushing for labeling of genetically modified organisms in food, aversion to GMOs in what we buy for our families to eat is now higher than ever, and is continuing to grow.

The drive to eat healthier, followed by parents’ growing concerns about feeding GMO foods to their kids, is driving the awareness and antipathy, says the Organic Trade Association in a new report.

“Of all the thoughts that race through the mind of a mom or dad as they do the weekly grocery shopping and decide whether to put an organic or non-organic item in the shopping cart, the desire to stay away from foods that have been genetically modified has never been greater,” the group said in a press release.

Avoiding GMOs both for themselves and their children is fast becoming a primary reason why more parents are selecting organic foods for their families, the trade group said in its report, “U.S. Families’ Organic Attitudes and Beliefs 2014 Tracking Study,” which is a survey of more than 1,200 households around the nation that have at least one child living in them under the age of 18.

‘Each Year We Are Seeing Increases’

Nearly one-quarter of parents who buy organic foods said they did so to steer clear of GMOs, which is one of the top reasons they selected organic, and that is the largest amount in the four years since the survey has been taken, said the group. That’s up significantly from 16 percent of parents who said the same thing in last year’s survey.

Of the 15 reasons for buying organic that parents were asked to rate, not buying GMOs showed the biggest jump from attitudes in 2013, the group found.

“Each year we see an increase in parents’ self-described knowledge of organic topics. Parents have become more informed about the benefits of organic, and they have also become more aware of the questions surrounding GMOs. That heightened awareness is being reflected in their buying decisions,” said OTA CEO and Executive Director Laura Batcha.

In its press release, the OTA noted:

Demand for organic products is booming, with sales in the United States jumping to $35.1 billion in 2013, a 12 percent hike from the previous year and a new record. OTA’s survey shows that eight out of ten American families now make organic products a part of their grocery list if not all the time, at least sometimes.

Indeed, as more parents get better educated on organic issues (seven in 10 parents in the survey told OTA they feel “extremely well informed” or “know quite a bit” about organic foods) they have become more familiar with the term GMO. In fact, the group said 73 percent of parents, whether they were buying organic foods or not, knew what “GMO” stood for.

And Parents Don’t Mind Paying More for Organic, Either

OTA’s Gwendolyn Wyard, Regulatory Director for Organic Standards & Food Safety, however, emphasized that while parents can be assured when buying an organic product with the USDA Organic seal that it will always be non-GMO, products with only the non-GMO label are not necessarily organic.

She further noted that the non-GMO assurance is another great characteristic of buying organic food, and that the organic seal itself relates a host of other benefits that parents seem to value, such as no artificial colors, no preservatives and no synthetic hormones.

“Parents have apparently caught on. The big decider when purchasing organic products appears to be the USDA Organic seal, with nearly three-quarters of parents saying they actively seek out that organic seal,” the group said.

OTA adds in a separate release that parents are also increasingly willing to pay more for organic foods. In a separate report, the group found that 47 percent of respondents said that half or more of their weekly grocery purchase consists of organic foods, even though they cost more.