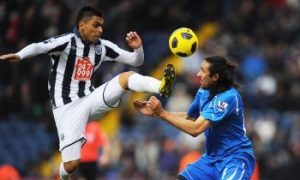 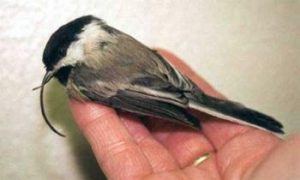 A non-invasive autism risk test for infants is being developed, according to a study published online in the journal BMC Medicine on Feb. 22.

The prototype system looks at brain electrical activity, using standard electroencephalograms (EEGs), combined with machine-learning algorithms. It performed with more than 80 percent accuracy at distinguishing nine-month-old babies with high autism risk relative to controls in the pilot study involving 79 babies aged 6 to 24 months, including 46 who are considered high risk because an older sibling has autism.

"Electrical activity produced by the brain has a lot more information than we realized," said neuroinformatics researcher Dr. William Bosl at the Children's Hospital Boston's Informatics Program in a press release. "Computer algorithms can pick out patterns in those squiggly lines that the eye can't see."

The test requires validation and refinement but could form the basis of a safe, inexpensive, and simple way to identify a child's risk of autism at an early age by revealing "subtle brain function signatures," according to the study. Importantly, sedation is not required during testing.

Finding these very early differences in a susceptible infant's brain organization and function could allow parents to initiate behavioral interventions up to two years prior to traditional diagnosis using behavioral testing.

"Many neuroscientists believe that autism reflects a 'disconnection syndrome,' by which distributed populations of neurons fail to communicate efficiently with one another," explains Dr. Charles A. Nelson, Research Director of the Developmental Medicine Center at Children's Hospital Boston.

"The current paper supports this hypothesis by suggesting that the brains of infants at high risk for developing autism exhibit different patterns of neural connectivity, though the relationship between entropy and the density of neural arbors remains to be explored," added Nelson. Neural arbors are projections of neurons that form synapses or connections with other neurons.

The gender difference still needs to be investigated, but overall the test accurately identifies babies in the high-risk group. The researchers believe that adjusting a child's environmental factors could influence genetic vulnerability to autism and are planning further research to compare EEG patterns in infants identified with the risk.

"With enough data, I'd like to follow each child's whole trajectory from 6 to 24 months," Bosl said. "The trend over time may be more important than a value at any particular age."